The first ever photographic exhibition titled "Churriana de la Vega Fight against Childhood Cancer" was held at the Municipal Center of Culture during February. 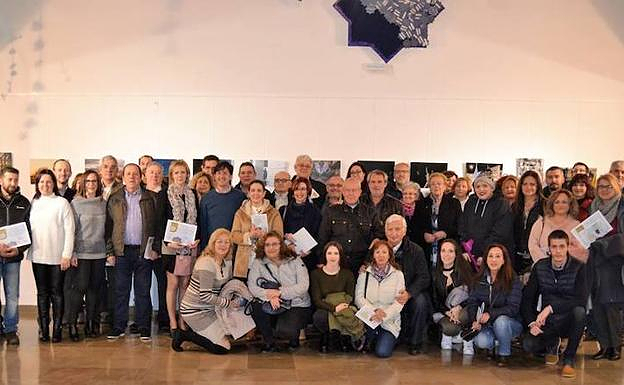 The first ever photographic exhibition titled "Churriana de la Vega Fight against Childhood Cancer" was held at the Municipal Center of Culture during February. The photographs were displayed from morning to afternoon on February 1st-21st. The Spanish Association Against Cancer (AECC) has received the entire proceeds from the sale of the photos. This allows all visitors to take one of these photographs and act as a solidarity gesture with those who are affected by this disease.

People who were able to obtain a photograph have joined forces with researchers in the fight against breast cancer. The Consistory explains that more than twenty artists have gathered to exhibit their work and give away their work.

The churrianera Maria del Carmen Moreno coordinated the exhibition and attended the inauguration. Jose Javier Garcia Montero, the provincial president, and Antonio Jerez, the manager were also present. There was also a large group of neighbors and collaborators who showed their "absolute solidarity” in this important initiative.

The International Childhood Cancer Day was held last February 15. It aimed to raise awareness about the terrible disease that can affect children at any age worldwide and needs as much research funding as possible.

‹ ›
Keywords:
ChurrianaVegaCelebraExposicionCancerInfantil
Your comment has been forwarded to the administrator for approval.×
Warning! Will constitute a criminal offense, illegal, threatening, offensive, insulting and swearing, derogatory, defamatory, vulgar, pornographic, indecent, personality rights, damaging or similar nature in the nature of all kinds of financial content, legal, criminal and administrative responsibility for the content of the sender member / members are belong.
Related News