China - United States, the battle of all dangers

In the clash between the first two world powers, Joe Biden had to concede a first round, in the UN Human Rights Council. 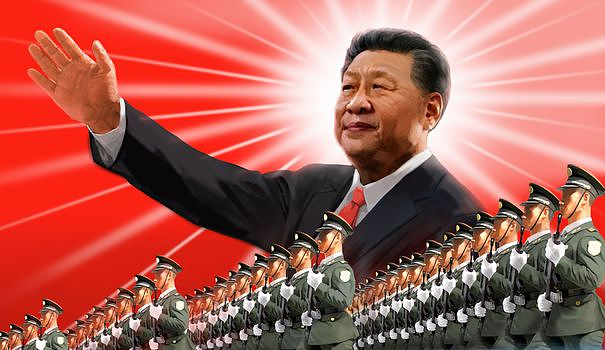 In the clash between the first two world powers, Joe Biden had to concede a first round, in the UN Human Rights Council. This famous instance from which Washington withdrew on the orders of Donald Trump, but which his successor decided to reinvest, so as not to leave the field open to China.

The United States, which tried at the beginning of October to have a motion adopted there on human rights violations in the Chinese region of Xinjiang, was put in a minority, despite suspicions of crimes against humanity, not collecting only 17 votes for, against 19 votes against, and 11 abstentions. A blow for the American president, especially since the event was symbolic: it was the first time in the history of this institution that a text targeted China. We find alongside Beijing its usual support in Africa, Latin America or the Middle East, almost all linked to the program of the Chinese "new silk roads".

While the empire's strange conception of human rights has devastated its image in the West, its influence has grown in developing countries under Xi Jinping's ten-year rule. A well-filled checkbook or political proximity to autocrats often wins people over.

Multiplying demonstrations of military force, especially around Taiwan, the communist regime is the most serious rival that Washington has ever had to face. "The great revival of the Chinese nation has entered into an irreversible historical process", insists Mao's heir. The objective is to replace the world order dominated by the United States and to promote Chinese points of view, even if it means "re-educating" the Taiwanese, as the Chinese ambassador to France suggests.

Increasingly confident even if his economy is slowing down, the omnipotent Xi Jinping, who dreams of staying in power for life, has, like his Russian "friend" Vladimir Putin, locked himself into an ideological discourse making the West guilty of all evils. Will he take the risk of a war with the United States? Having become ideological again, it is to be hoped that China will reconnect with pragmatism.