Residents of this financial hub of China will once again be able to use public transport and access certain public places like parks and tourist attractions, without having to show a negative PCR test result that is less than 48 hours old, it said. 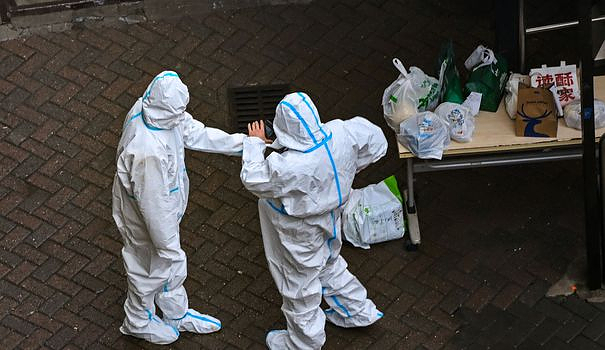 Residents of this financial hub of China will once again be able to use public transport and access certain public places like parks and tourist attractions, without having to show a negative PCR test result that is less than 48 hours old, it said. the authorities in a message broadcast on the WeChat social network.

Shanghai is following in the footsteps of many cities, including Beijing, Tianjin, Shenzhen and Chengdu, which on Saturday canceled the requirement to present a negative test on public transport.

Chinese anger over the pandemic hardline spilled over to the streets last weekend, a mobilization on a scale not seen in decades.

China quickly sought to quell the movement, with a heavy police presence on the streets and increased surveillance of social media.

At the same time, several cities have begun to ease restrictions, in particular by abandoning mass daily testing, one of the tedious pillars of "zero-Covid", in place for almost three years.

Local authorities in Beijing also dropped the real-name registration that was required for the purchase of cold and fever medicine on Saturday.

President Xi Jinping defended Thursday with the President of the European Council Charles Michel, visiting Beijing, the relaxation of the policy followed in the face of the Covid by stressing that, from now on, the variant of "Covid in China is mainly Omicron, less deadly , which paves the way for more flexibility in restrictions," said a European official, speaking on condition of anonymity.

Last month, China published a list of measures intended to "optimize" the zero-covid program and minimize its socio-economic impact, but the application of these measures at the local level has been highly variable.

The city of Jinzhou, in the northeast of the country, said on Thursday that it would continue to impose containment measures because "it would be a shame not to achieve a zero rate of Covid when we can", before to back down the next day after a public outcry.

In Jinan, in the east of the country, authorities said on Sunday that its inhabitants will still be required to scan a health code and present a recent negative result to access public toilets.