Chimney of a waste incineration plant burns like a Bengalo

A fire in a waste incineration plant in the Billbrook district of Hamburg triggered a large-scale operation by the fire brigade on Friday night. 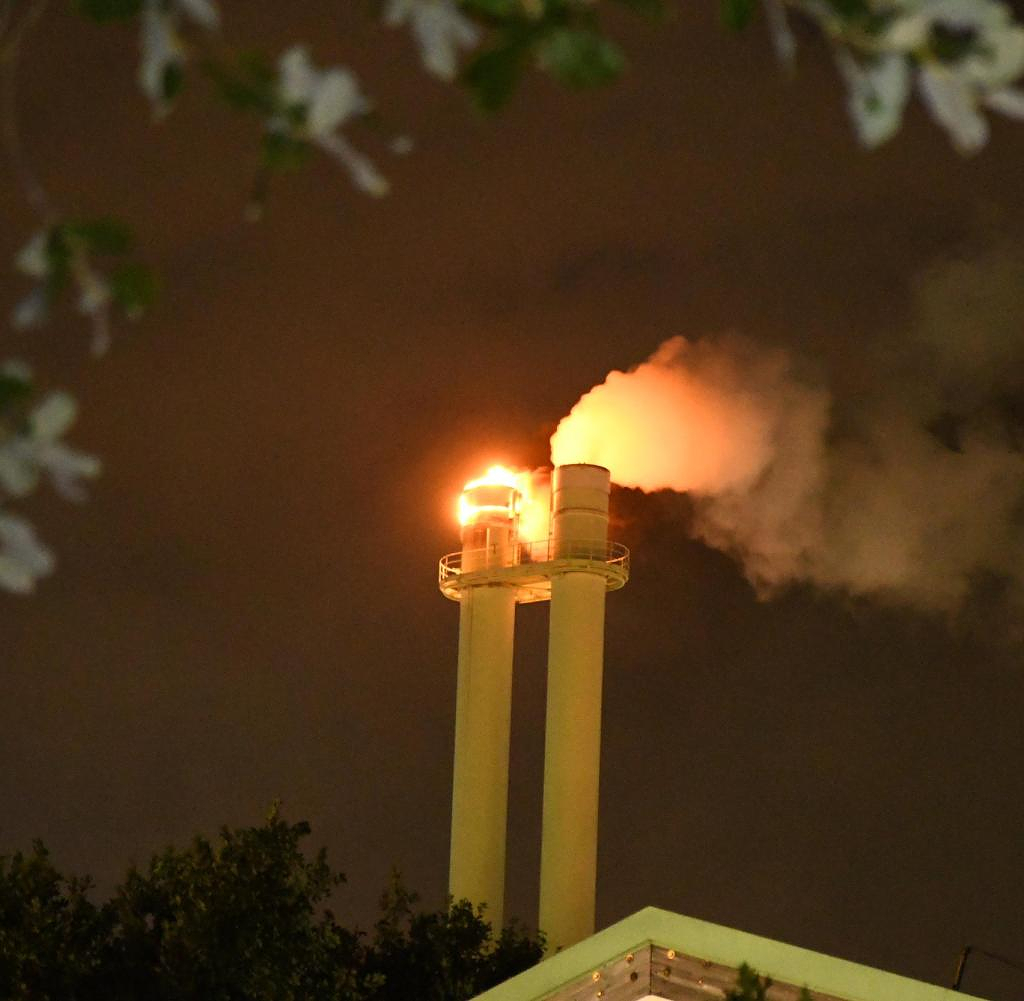 Due to the heavy smoke development and odor nuisance, residents were asked on Friday night to keep windows and doors closed and to turn off ventilation and air conditioning systems. According to initial reports, no one was injured, police said. The cause of the fire and other details were still unclear on Friday morning.

Rubber parts may have ignited during work, which then burned up in the chimney - in order to get to the source of the fire, the fire brigade drilled holes in the chimney in order to carry out the extinguishing work through them. According to measurements, the smoke was not toxic, but residents were also informed via the app-based warning services. The 911 dispatcher had received many calls as the fire - which made the chimneys look like Bengalos - was widely visible, as were the plumes of smoke. In the meantime, it was also uncertain whether the statics of the chimney could be endangered by the fire, but this concern proved to be unfounded after checks.

‹ ›
Keywords:
TexttospeechHamburgMüllverbrennungFeuerwehrLauterbachJörnKrimiMüllverbrennungsanlageSchornsteinBrandBillbrook
Your comment has been forwarded to the administrator for approval.×
Warning! Will constitute a criminal offense, illegal, threatening, offensive, insulting and swearing, derogatory, defamatory, vulgar, pornographic, indecent, personality rights, damaging or similar nature in the nature of all kinds of financial content, legal, criminal and administrative responsibility for the content of the sender member / members are belong.
Related News