Horror accident in Vietnam: A ten-year-old boy fell into a 35-meter-deep concrete pipe and has been stuck in it for days. 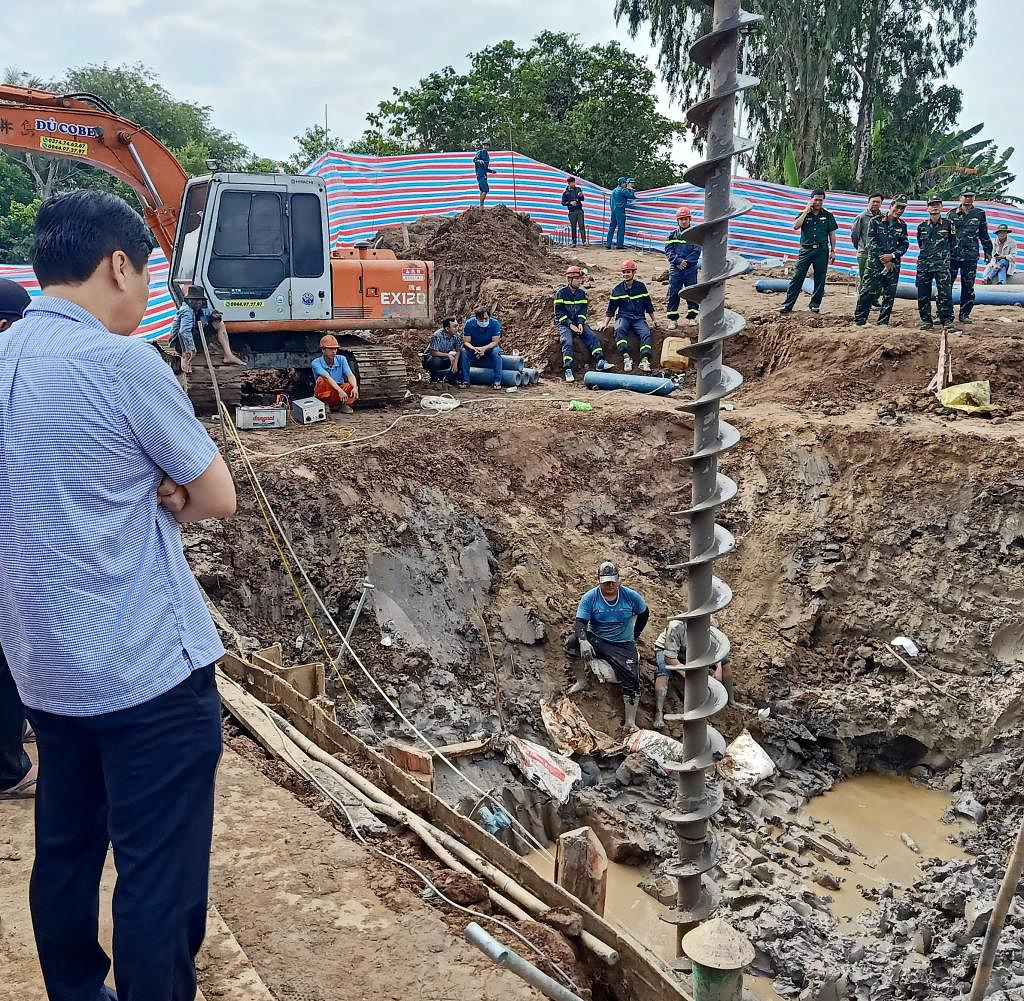 Horror accident in Vietnam: A ten-year-old boy fell into a 35-meter-deep concrete pipe and has been stuck in it for days. According to Vietnamese media reports, the accident happened on Saturday at a construction site in the southern province of Dong Thap. Despite extensive rescue work, it was not possible to rescue the child from its narrow prison by Monday morning (local time), the news site Vietnam reported. Time is of the essence: the emergency services have now lost contact with the boy, who is said to be called Nam. It was unclear if he was still alive.

The army was therefore also involved on Tuesday. Soldiers and engineers then want to try together to lift the reinforced concrete tube, which is 35 meters deep in the ground, in order to free the ten-year-old trapped in it. Around a hundred soldiers and professional equipment were brought to the site for this purpose.

It was unclear how the boy could fall into such a narrow pipe. According to reports, the pipe is only about 25 centimeters in diameter. "No one would have thought that a young person could be trapped so deep in the pillar because the space inside is only as wide as an adult's hand," the newspaper "VnExpress" quoted one of the rescuers as saying.

The emergency services repeatedly pumped oxygen into the pipe. Nothing was known about the condition of the child from the start. First of all, the boy would have called for help, according to the media.

"The concrete pipe is too narrow for us to tell how deep the boy is," said Tran Van Gioi of the local police. "It's also impossible to say anything about his health."

The helpers first tried to soften the earth around the concrete in order to pull the pipe out of the ground using a crane. But the attempts had failed. Most recently, Prime Minister Pham Minh Chính also got involved in the drama and instructed the authorities to do their utmost to save the child.

‹ ›
Keywords:
NewsteamVietnamTexttospeechDong ThapKrimiVietnamnet
Your comment has been forwarded to the administrator for approval.×
Warning! Will constitute a criminal offense, illegal, threatening, offensive, insulting and swearing, derogatory, defamatory, vulgar, pornographic, indecent, personality rights, damaging or similar nature in the nature of all kinds of financial content, legal, criminal and administrative responsibility for the content of the sender member / members are belong.
Related News