Child crime in the Church: one year after the Sauvé report, the victims are gradually being compensated

On October 5, 2021, the Independent Commission on Sexual Abuse in the Church (Ciase) chaired by Jean-Marc Sauvé, revealed, after two and a half years of work, "overwhelming" figures: it estimated the number of victims of priests, deacons, religious or people in connection with the Church (teachers, supervisors. 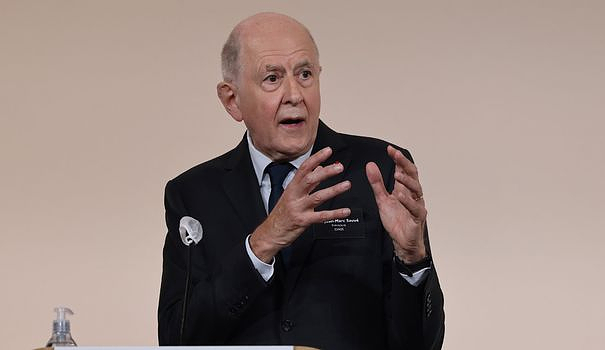 On October 5, 2021, the Independent Commission on Sexual Abuse in the Church (Ciase) chaired by Jean-Marc Sauvé, revealed, after two and a half years of work, "overwhelming" figures: it estimated the number of victims of priests, deacons, religious or people in connection with the Church (teachers, supervisors...) for 70 years, attacked when they were minors.

Two of them were immediately followed up: the Church “as of November 2021, recognized its institutional responsibility” (as well as the “systemic” nature of the violence, editor’s note), recalls Jean-Marc Sauvé, interviewed by AFP.

It also "decided to initiate a process of recognition of victim status and compensation for the damage committed within it".

A process that responds to the fact that in many cases the victims have no recourse, due to the death of the aggressor or the prescription of the facts.

The bishops have "taken the measure (...) of the extent of the phenomenon", affirms Eric de Moulins-Beaufort, president of the Conference of Bishops. They "set to work" and created an Independent National Authority for Recognition and Reparation (Inirr), for the victims of priests or lay people in various places of the Church, excluding congregations.

"The institutions have done their job" too, agrees Véronique Margron, president of the Conference of Religious of France (450 congregations) who has set up a Commission for Recognition and Reparation (CRR), responsible for making mediation between victims and religious institutes, setting the latter possible financial reparations.

The victims draw a mixed assessment of the functioning of these two bodies.

The Inirr indicated that out of 1,004 requests registered since the beginning of the year, 60 decisions had been made, including 45 with a financial component, for amounts ranging from 8,000 to 60,000 euros, the maximum.

Bernard, who prefers to keep his surname silent, is satisfied: after "warm support" and a request that ends in four months, he is offered 11,000 euros by the Inirr, which "will be used for a personal project" and allow him to "Mark the coup," he told AFP.

"They have chosen the quality of listening, which is good and takes time", recognizes Véronique Garnier (Collective Faith and Resilience). But she finds "a pity that there is not a single instance for all".

Jean-Pierre Sautreau, head of Collectif85 (Vendée victims), is in total "disagreement" with the evaluation grids used to establish the scale.

On Friday, the Inirr, which "strengthened" its teams, promised a "clear acceleration" of support. “We cannot rush the care”, we argue at the CRR.

A dozen groups of victims will meet in Paris on October 8, in the presence of Mr. Sauvé, to "put the pressure on", in the words of Mr. Savignac.

Still, if the report had concrete translations in France, the Sauvé Commission was not received in Rome by the pope in December as had initially been scheduled.

Are they at the initiative of this postponement sine-die? In November, eight members of the Catholic Academy - an unofficial body bringing together Catholic intellectuals - severely criticized Ciase, judging it unthinkable that a body "without ecclesial authority" would impose the reforms to be put in place on the Church.

Moreover, the disappointment is also perceived among the faithful: a year later, "there was a loss of breath", and "in the vast majority of parishes today, we no longer talk about the Sauvé report", regrets Martin (first name borrowing), from the group Agir pour notre Eglise.