A chemical accident was triggered by spontaneous combustion of a substance in an overseas container in the port of Mannheim. 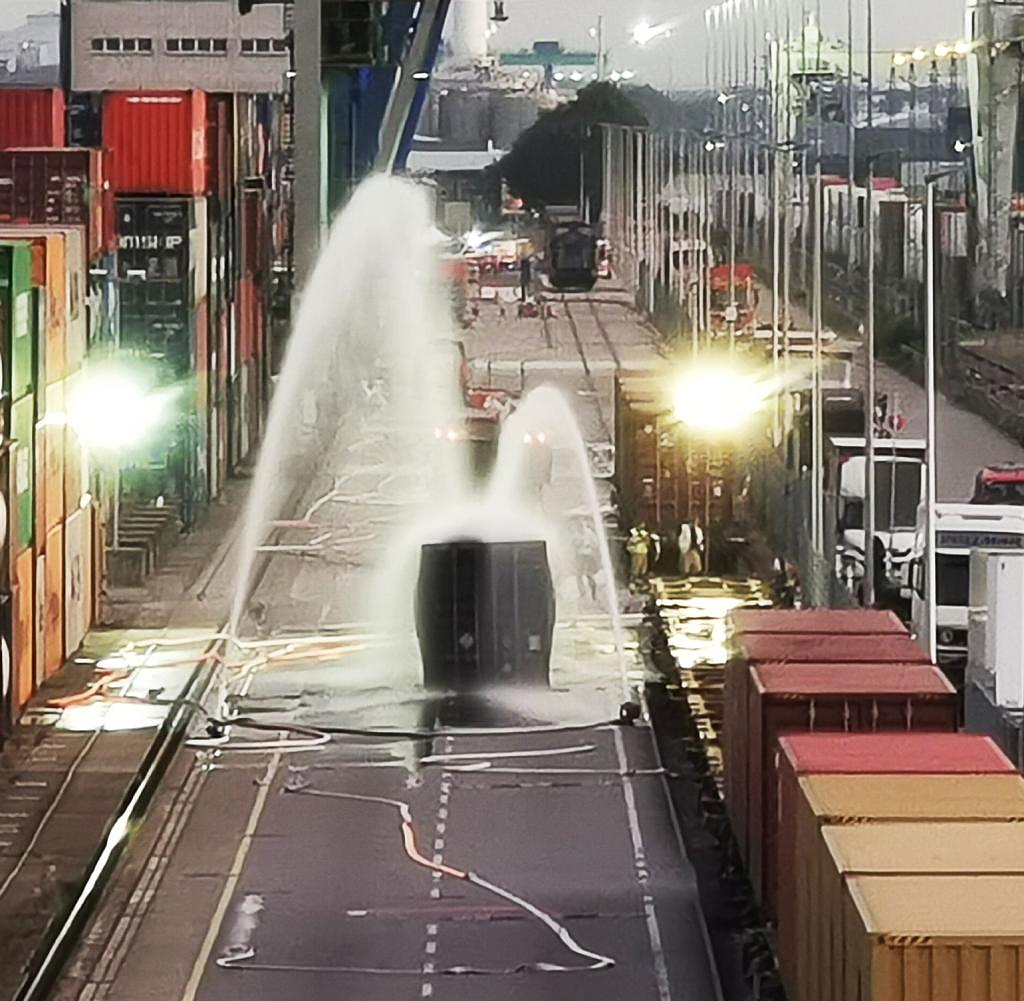 A chemical accident was triggered by spontaneous combustion of a substance in an overseas container in the port of Mannheim. The leaked chemical is a slightly reactive, very old bleach for textiles, explained Linda von dem Bussche, Head of Safety and Environment at BASF Ludwigshafen. According to her, the container intended for Turkey contains around 220 barrels with 22 tons of hydrosulfite. During its self-decomposition, sulfur dioxide and other sulfur salts are released.

After the accident on Tuesday afternoon, these had temporarily formed a 150 meter high cloud of smoke. The danger of an explosion never existed, it said.

The fire was not under control on Wednesday either. The aim of the emergency services is to cool down the container so that the reactions in it can be controlled. According to the fire brigade, this condition is reached at temperatures below 50 degrees. The city said the operation is expected to last several days. Residents in Jungbusch, Neckarstadt-West and the designated areas of the city center are asked to continue to keep windows and doors closed.

It is a regrettable case that occurs very rarely, emphasized Bussche. The chemical company will deal with the question of how this can be prevented in the future. The exact reason for the exit has not yet been clarified.

According to them, 17 people were injured. Previously, there was talk of 16 slightly injured police officers, two of whom had been treated as outpatients in the clinic. The water protection police and the technical relief organization as well as the BASF plant fire brigade were also involved in the operation, with a maximum of 150 helpers.

35 people who live in the area were accommodated in a dormitory. Five measuring vehicles were used overnight without showing any relevant values. Measurements continued during the day as well. There was never any danger to the population. Staying outdoors is harmless, it said.

A citizen hotline has been set up on 0621 2936370 for those affected. The emergency call should be kept free.

‹ ›
Keywords:
TexttospeechNewsteamPolizeiChemieunfälleMannheimTHWJungbuschNeckarstadt WestSeecontainerFeuerwehrTechnische HilfswerkWasserschutzpolizeiKrimi
Your comment has been forwarded to the administrator for approval.×
Warning! Will constitute a criminal offense, illegal, threatening, offensive, insulting and swearing, derogatory, defamatory, vulgar, pornographic, indecent, personality rights, damaging or similar nature in the nature of all kinds of financial content, legal, criminal and administrative responsibility for the content of the sender member / members are belong.
Related News