His accession to the throne after 70 years of patience, a record in the history of the British monarchy, was immediate upon the death of the queen, by virtue of an old Latin maxim "Rex nunquam moritur" (the king never dies ). 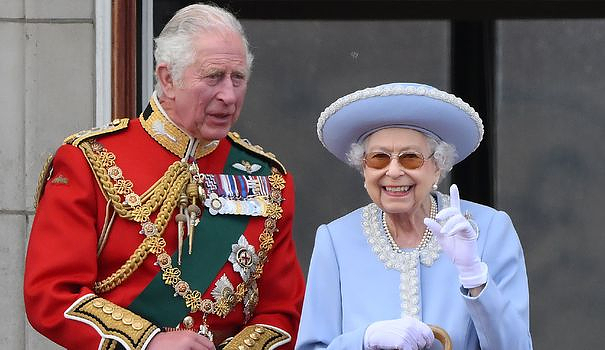 His accession to the throne after 70 years of patience, a record in the history of the British monarchy, was immediate upon the death of the queen, by virtue of an old Latin maxim "Rex nunquam moritur" (the king never dies ).

His name will be Charles III, his services confirmed in the evening, shortly after Prime Minister Liz Truss greeted the new monarch.

"Today the Crown passes, as it has for over a thousand years, to our new monarch, our new Head of State, His Majesty King Charles III," said the newly appointed Prime Minister, whom the queen had received Tuesday at Balmoral Castle to ask him to form a new government.

The coronation of Charles, a timeless ceremony, unique in Europe, should take place at best in a few weeks, once the trauma of the death of Queen Elizabeth II, an adored sovereign who died at 96, has been overcome.

She herself had been crowned in June 1953, 16 months after being proclaimed queen. It was "the last imperial hurrah", with "8,250 people crammed into Westminster Abbey", according to Bob Morris, author of several books on the future of the monarchy.

According to him, Charles should prefer "a faster and smaller coronation", but everything could depend on the date, to avoid a coronation in the heart of winter.

His second wife Camilla will become queen consort, a wish expressed by the queen last February. The subject remained sensitive among the British. After her remarriage with Prince Charles in 2005, Camilla had chosen not to take the title of Princess of Wales, too associated with Princess Diana whom Charles had cheated on with her for many years.

Strange fate than that of this prince with a singular personality, much less popular than his mother, whose death he awaited to enter the light.

Since his first official engagements in the 1970s, the role of the Prince of Wales has been to "support Her Majesty The Queen, as the focal point of national pride".

He has therefore welcomed dignitaries in the United Kingdom on his behalf, attended State dinners, traveled to a hundred countries, awarded thousands of decorations, attended inaugurations, honored heroes, wrote or recorded countless messages of encouragement or congratulations.

He increasingly replaced his mother in declining health.

In May, Charles had delivered in his place for the first time the speech from the throne in Parliament, one of his most important constitutional functions.

The British know him best from the wreckage of his marriage to Princess Diana, which caused him considerable harm in the 1990s, and his remarriage to Camilla.

A man of passions, Charles occupied this very long wait to the best of his ability, early defender of the environment, lover of alternative medicine, passionate about sustainable urban planning and an inspired gardener who speaks to his trees. Since 2007, it has published its "ecological footprint" (total 3,133 tonnes of CO2 in 2020 compared to 5,070 in 2019).

He is in total president or benefactor of more than 420 charities, the main one of which, the Prince's Trust, has helped more than a million young people in difficulty since its creation in 1976.

But this old dandy aristocrat who loves cross-suits is much less popular than his mother, entirely devoted to her role for 70 years, and of absolute neutrality.

Is it his age, his awkwardness, or his overly talkative passions sometimes judged to be on the verge of political interference? He was only 56% in favor in a recent YouGov poll in May, far behind the Queen (81%), her son Prince William (77%), her daughter-in-law Kate Middleton or her sister the Princess Anne. Camilla topped out at 48% positive opinions.

Since the death of his father Prince Philip in the spring of 2021, and while the queen was less present, Charles has tightened the royal circle, around him, Camilla, his eldest son William, his youngest brother Edward.

He takes the reins of an institution with a diminished role in the world, at a time and an age which are a double challenge.

No one yet knows how Charles Philip Arthur George will be able to embody it, but one thing is already certain: his years of reign are numbered.