"We wanted there not to be a total break during the holidays. 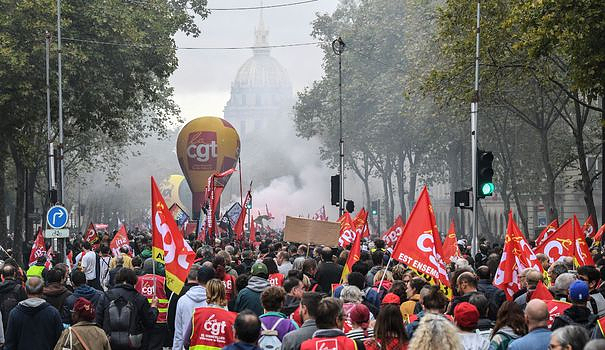 "We wanted there not to be a total break during the holidays. But it will be less important than the 18th (October)", recognizes Confederal Secretary Céline Verzeletti to AFP.

At the height of the strike in the refineries and its consequences on motorists, the mobilization of October 18 had gathered 107,000 demonstrators throughout France according to the police (300,000 according to the union), with strikes in the nuclear and transport sectors.

If the CGT had said it was "fairly satisfied" with this day, this mobilization had not led to a broadening of social movements as the organizers had hoped.

Since then, the strike has only affected two TotalEnergies sites, and a wage agreement has been reached at EDF. No disruption is expected in transport on Thursday.

The CGT is calling for an increase in the Smic, an indexation of all salaries to inflation and a revaluation of the index point for civil servants, specifies Céline Verzeletti.

"We want to keep up the pressure, allow employees who are struggling to find themselves in a demonstration point. In the boxes where there has been mobilization, the wage increases have been greater," says the union official.

Unlike the day of October 18, FO, Solidaires and the FSU will not be in the game. The CGT hopes that these organizations will join it for another day of mobilization already announced for November 10.

The CFDT, the leading union in France, did not participate in the mobilization of October 18.

The Parisian demonstration will leave at 2:00 p.m. from Montparnasse to the Medef headquarters at the Military School. Rallies are also planned in the provinces.