Censorship: Borne mocks the Nupes and the RN and defends a "better" budget than the initial

The Prime Minister confronts motions of no confidence from the left and the RN on the first part of the 2023 state budget. 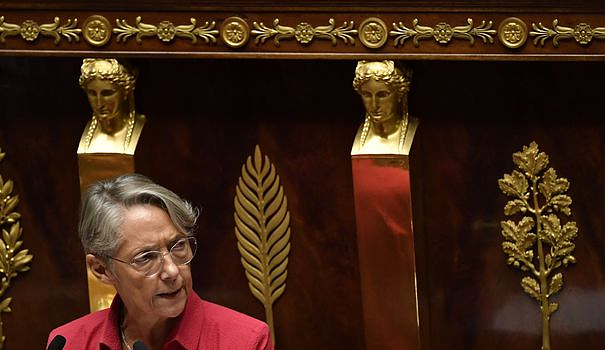 The Prime Minister confronts motions of no confidence from the left and the RN on the first part of the 2023 state budget.

In her speech, the president of RN Marine Le Pen announced that her group would also vote for the Nupes motion.

"Does this mean that an alliance can do without common values, shared convictions, converging ambitions? Is it a government where on the benches of ministers would sit side by side Madame Le Pen, Madame Panot, Madame Châtelain , Mr. Bardella, Mr. Vallaud and Mr. Chassaigne that you are offering to the French?”, launched Ms. Borne in an electric atmosphere.

The Prime Minister castigated, despite "major differences" between its authors, "sadly common arguments" to the two motions according to her.

That of Nupes "chains excesses and untruths", as coming from an "alternative country: the one where Jean-Luc Mélenchon would have reached the second round of the presidential election, the one where he would have won", ironically the Prime Minister.

That of the RN "hides badly, behind the appearance of seriousness, simplism, excess and ideological fundamentals which have not changed for fifty years". "You only have the word Republic in your mouth, but nothing in your words has anything to do with the Republic!", She told Ms. Le Pen.

"I do not imagine for a moment that you can govern together. Not for a moment," insisted Ms. Borne.

She then defended the executive's budget which is "not a carbon copy of the original text". "Thanks to you, thanks to the debates in session, as in the hemicycle, thanks to the amendments of the majority as of the oppositions that we have retained, this text is better than the one which had been tabled."

Listing the amendments adopted, and as she had done in her general policy statement, addressing in turn the presidents of the various opposition groups, citing in particular the extension of the half tax share for the widows of veterans (LR group), the extension of VAT to 5.5% on masks (socialist group), "new alternative fuels" (ecologist group) or even the extension of tax aid for overseas investments (communist group) .

On the majority side, she cited the increase in the ceiling of the corporate tax rate for SMEs, a MoDem proposal, and the "safety net" for communities wanted by the Horizons group.

Another Nupes motion on the Social Security Budget will be debated on Monday evening.