This municipality continues to benefit from the extraordinary work of the Theater Workshop of "La Tragantia" and Cazorla Municipal Theater School. 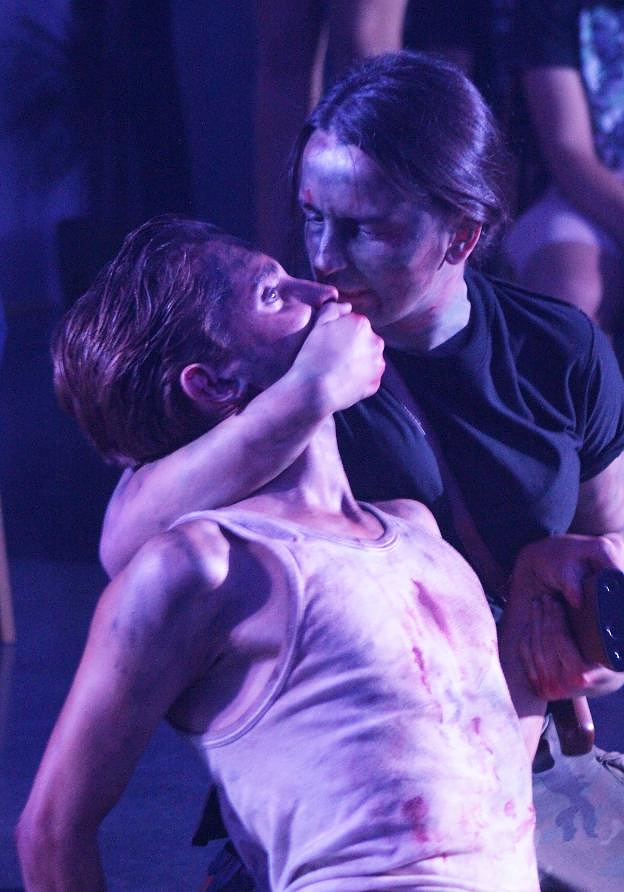 This municipality continues to benefit from the extraordinary work of the Theater Workshop of "La Tragantia" and Cazorla Municipal Theater School. Arcadio, the former director of the theater, brought together current and former students to form Inestable Teatro. His first project was 'Flee without making branches crackle'. It is an adaptation of Suzanne Lebeau's 'The noise that the bones creak'. It will be arriving at the Assembly Hall, IES 'Castillo de la Yedra' on September 5th after passing through La Garita' Multiple Use Center in La Iruela during this week.

Four functions will be held, which, like in La Iruela will not leave anyone unimpressed. The play has been seen by 220 people, with a maximum audience of 55 per performance. It is intense, packed full of emotion, and above all, brilliantly directed and performed.

AracadioChillon is the author of a brilliant and successful adaptation of Lebeau’s work. This has also involved the multiplication his characters, from the original three to a total seven.

The text was developed in this manner by Sara Fabrega and Javier Fabrega as well as Elena Caravaca and Lorenzo Garcia. Christian Torrecillas was also involved, as a technical assistant, and Ismael Muniz as a production assistant.

The performance of Sara Fabrega and Javier Fabrega (the central characters in the work, Elikia or Joseph) stands out among all the others. She was 10 years old when she was kidnapped by a child soldier to make her a child soldier or sex slave. Joseph is just eight years old after three years of hell in the rebel camp.

Elikia has taken him as a hostage and he is now sent to Elikia's camp, looking as innocent and helpless as when he arrived. Both their escape and the journey through jungle to Joseph are narrated by Elikia and two of their 'alter egos'. It is a story about the hundreds of thousands who have been made into child soldiers around the world.

According to a UN report, there are 56 armed actors in 14 countries and seven regular forces. There are between 5,000 to 10,000 people living in the Kasai region (Democratic Republic of Congo).

This production also has a scenographic concept. The action is set in the middle of an oval that surrounds the audience. It is a story that draws the viewers in, and the actors are able to revolve around it both inside-out.

The scenographic elements have been reduced to eight wooden cubes, which can be used as both a bed or as a walkway above a river. They perform various compositions together and provide enough guidance for collective creativity to envision the jungle or any other situation in which they operate.

The work is not about the theme, but there are many delights. Among these are the young actors' remarkable interpretive abilities and his progression as ArcadioChillon director after his time at ESAD Malaga.

It is a rare luxury in Cazorla, and the region. This should be enjoyed by Cazorla residents as well as visitors next week.

‹ ›
Keywords:
NaceCazorlaInestableTeatroNuevoProyectoTeatralDirigidoArcadioChillon
Your comment has been forwarded to the administrator for approval.×
Warning! Will constitute a criminal offense, illegal, threatening, offensive, insulting and swearing, derogatory, defamatory, vulgar, pornographic, indecent, personality rights, damaging or similar nature in the nature of all kinds of financial content, legal, criminal and administrative responsibility for the content of the sender member / members are belong.
Related News