Jose Maria Villegas (Deputy for Works, Granada Provincial Council) visited Castillejar in order to inspect the current state of execution of works being done in the municipality. 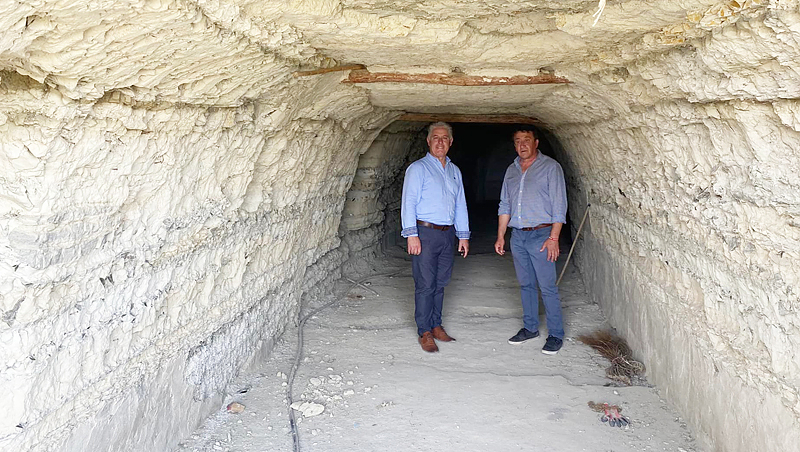 Jose Maria Villegas (Deputy for Works, Granada Provincial Council) visited Castillejar in order to inspect the current state of execution of works being done in the municipality. All of these are funded by the Granada Provincial Council. Emilio Sanchez was accompanied by the Castillejar provincial deputy. He visited the Plaza Nueva works of reform and improvement, consolidation, and complete renovation of Barrio De la Cruz and Saliente Alto streets. Also, he saw the intervention being performed in the Moreria. Los Carriones Dolosa, Los Olivos and Los Carriones will all see their public lighting being changed to make them more efficient in all ways.

Jose Maria Villegas made use of his visit in Castillejar to inspect the sinkholes and collapses that had occurred on the road to the artificial lake. This is due to the collapse a cave.

He was also at the Puente Nuevo-Municipal Cemetery road, where he saw a section of land that needed to be resurfaced. They also visited a parcel of land owned by the City Council on Calle Huescar. This plot is where urbanization is required. Emilio Sanchez said that these works would begin shortly after the promise made by the Deputy for Works so that the Provincial Council could finance them at an estimated cost of 200,000 Euros.

Castillejar's mayor, who is grateful for all the work and investments made by the Granada Provincial Council in the municipality, also regrets that Moreno Bonilla's Junta de Andalucia has not invested a single Euro in Castillejar during the legislative session. Castillejar residents should keep this in mind as they cast their ballots next Sunday.

‹ ›
Keywords:
AyuntamientoCastillejarRealizaVariasObrasFinanciadasDiputacion
Your comment has been forwarded to the administrator for approval.×
Warning! Will constitute a criminal offense, illegal, threatening, offensive, insulting and swearing, derogatory, defamatory, vulgar, pornographic, indecent, personality rights, damaging or similar nature in the nature of all kinds of financial content, legal, criminal and administrative responsibility for the content of the sender member / members are belong.
Related News