Cases of the "43" in Mexico: anger of the families after the resignation of a prosecutor

The resignation of prosecutor Omar Gomez Trejo was announced by the president on Tuesday. 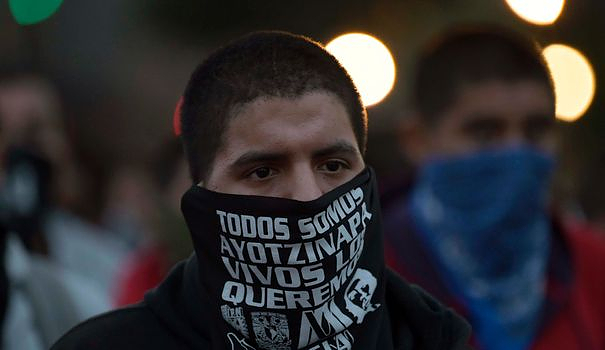 The resignation of prosecutor Omar Gomez Trejo was announced by the president on Tuesday.

On the same day, demonstrators drove a truck against the headquarters of the public prosecutor's office in Iguala in the state of Guerrero, where the 43 students disappeared on the night of September 26 to 27, 2014.

The prosecutor resigned a month and a half after the publication of an official report implicating the military, and no longer just the local police and organized crime.

Following this report, the former attorney general Jesus Murillo Karam was arrested. Mexican justice has issued more than 80 arrest warrants against those responsible for the disappearance of the 43 students, including former senior officials and military officials.

But the prosecution only executed four arrest warrants. Twenty were abandoned, denounced Monday the family lawyer Vidulfo Rosales during a march in Mexico City.

"The prosecutor is leaving because he did not agree with the procedures that were followed to approve the arrest warrants," commented President Andres Manuel Lopez Obrador during his press conference on Tuesday.

The families considered that his resignation "highlights the interference" of his hierarchical superiors from the general prosecutor's office in the investigation.

The families also attribute to the judicial hierarchy "the cancellation of the arrest warrants".

President Lopez Obrador asked the families to have "trust" in the authorities "to continue the investigation".

The president has taken the initiative of a truth commission in the Ayotzinapa case.

Its report concluded in August that the Mexican military also had a share of responsibility in this crime, defeating the "historical truth" in force until now.

According to this first official investigation carried out under former President Enrique Pena Nieto (2012-2018), the 43 young people were arrested by the local police in cahoots with the Guerreros Unidos gang.

They were later shot and burned in a landfill for reasons that remain unclear. Only the remains of three of them could be identified.

Mexico has more than 100,000 missing people, "a human tragedy", denounced in May the Office of the United Nations High Commissioner for Human Rights.