Case of the leaks at 36: the prosecution requests the release of the ex-boss of the PJ Bernard Petit

The former director of the PJ, 66, was dismissed with a bang in February 2015 after his indictment for violation of the secrecy of the instruction and revelation of information on an investigation. 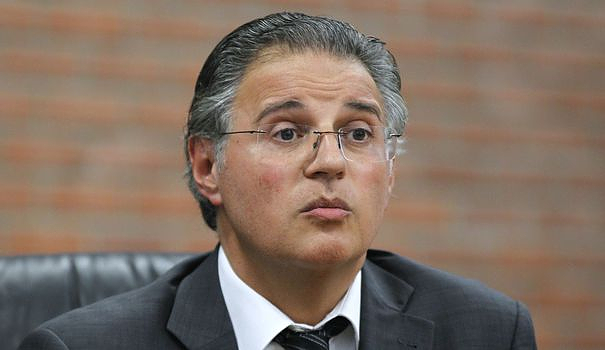 The former director of the PJ, 66, was dismissed with a bang in February 2015 after his indictment for violation of the secrecy of the instruction and revelation of information on an investigation.

Nineteen defendants in total have been tried since September 12 in this drawer case which involves former big cops, a famous crook, a politician or even a former elite policeman.

After three weeks of debate, the public prosecutor requested a general release in the second part of the case, which concerns suspicions of obstruction of justice dating from October 2014.

Bernard Petit is suspected there, with his then chief of staff Richard Atlan, of having transmitted, via the civil servant Philippe Lemaître, confidential information to the founder of the GIGN Christian Prouteau on an investigation concerning him.

The statements of Mr. Lemaître - who had assured to have acted at the request of his boss, the president of the Association of social works of the police (Anas) Joaquin Masanet - are the "cornerstone" of the reference to the court, has recalled prosecutor Damien Fourn.

However, at the bar on September 20, Mr. Lemaître changed version. The next day, Bernard Petit accused him of "lies", vehemently defending himself against any obstruction of justice. At the end of the hearing, Philippe Lemaître returned to his initial accusations.

"Philippe Lemaître's version is marked by too many dodges, contradictions," said the prosecutor. "There were leaks in this procedure" but it is "not possible to determine with certainty the exact content and origin of this information".

Consequently, the prosecutor requested the release “with the benefit of the doubt” for MM. Lemaître and Masanet and a "pure and simple" relaxation for MM. Small and Atlan.

"There is nothing to say, even today, that (the latter) have communicated in any way whatsoever information covered by the secrecy of the investigation", he insisted.

The investigation whose secrecy would have been violated corresponds to the first part of this case.

In this part of the file, "the swindler of the stars" Christophe Rocancourt and the lawyer Marcel Ceccaldi are notably suspected of having, at the beginning of 2014, tried to regularize two Moroccan sisters by asking Christian Prouteau and the ex-secretary of State Kofi Yamgnane to intervene, for remuneration.

"This case is first and foremost the story of the sinking of representatives of power, authority or the law who team up with crooks," said prosecutor Carine Letor. "The common denominator is the flouted requirement of probity."

She requested four years of imprisonment, including two firm, as well as 30,000 euros fine against Christophe Rocancourt; three years, two of which are closed, a fine of 50,000 euros and a permanent ban on practicing against Marcel Ceccaldi.

The prosecutor asked the court to sentence MM. Prouteau and Yamgnane to two years' imprisonment, one of which is closed, with a fine of 40,000 euros and 20,000 euros respectively.

The same prison sentence, accompanied by a fine of 50,000 euros, was demanded for the notary Jean-Michel Vulach and ten months in prison suspended as well as a fine of 5,000 euros for Alexandra Mallet, the companion of Christophe Rocancourt.

The prosecutor duo finally requested in the third part of the case, that of suspicions of embezzlement within Anas: they asked for five years for Mr. Masenet, two of which are closed, and a fine of 30,000 euros.

"His authority, his ascendancy, his grip on Anas, increased by totally failing safeguards, make him the main person responsible for the embezzlement observed," said Damien Fourn.

He asked for his conviction for paid interventions in cases of fines or VTC permits, for fictitious expense reports, but also for the overcharging of work on the swimming pool of a holiday center.

Suspended prison sentences of up to 18 months, sometimes accompanied by fines, were finally requested for seven people, including the son of Mr. Masanet, members of the Anas office, a former policeman and two restaurants. Release was requested for the last two defendants.

Several defendants vigorously dispute the facts. The defense is due to plead Tuesday and Wednesday.