Case of the "fadettes": no sanction claimed against the ex-financial prosecutor Eliane Houlette

This case was discussed during the two days of Ms. 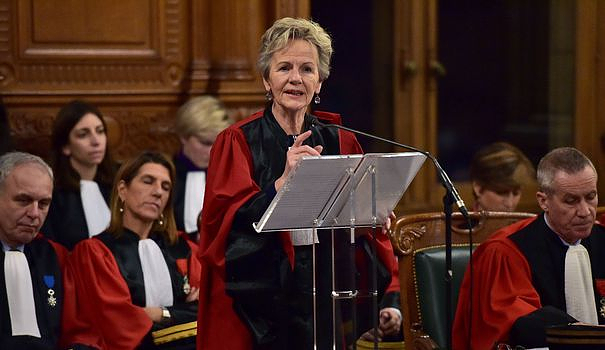 This case was discussed during the two days of Ms. Houlette's appearance before the Superior Council of the Judiciary (CSM), where her successes and difficulties at the head of the National Financial Prosecutor's Office (2014-2019) were dissected. But the accusations of "failures" brought against him in this part have fizzled.

At the hearing on Tuesday, the representative of the executive Paul Huber thus considered that no fault could be attributed to Ms. Houlette in the management of the "306 investigation", code name of the PNF investigations having led to peeling "fadettes" of lawyers - including those of Me Dupond-Moretti - to identify a mole in a corruption case involving Nicolas Sarkozy.

Over the course of the disciplinary proceedings initiated in 2021, the reproaches against the 68-year-old ex-magistrate melted away to focus on the simple fact that she allegedly failed to inform her superiors of this investigation. "This grievance is not constituted," said Mr. Huber, director of judicial services (DSJ) and incarnation of "the accusation", noting that the general prosecutor's office had been informed "several times".

Faced with the CSM, Ms. Houlette had herself vigorously defended herself by attributing the lawsuits brought against her to the "tumult" organized by Mr. Dupond-Moretti and to his "hate" of the PNF.

These prosecutions are indeed "acts of reprisals", added Tuesday one of his lawyers, Me Jean-Pierre Mignard, considering that the attacks of the Keeper of the Seals against the magistrates of the PNF are not fortuitous. “We started by discrediting them before discrediting their investigations,” he said.

In total, Mr. Dupond-Moretti will have been at the origin of disciplinary proceedings against three PNF magistrates with mixed results so far: one of them has been cleared, no sanction has been claimed against the two others, and himself is indicted for "illegal taking of interests" with, he said Tuesday, the "virtual assurance" of being sent to trial.

"This is not the trial of the National Financial Prosecutor's Office here", however hammered Paul Huber, on behalf of the executive, adding that this court created in 2014 had "proven itself" and was now "sustainably part of the landscape ".

If this “success is to the credit” of Ms. Houlette, magistrate with an “exemplary career”, the representative did not completely spare her.

Faced with the deleterious atmosphere within the PNF, the former magistrate should have "try to calm the situation rather than flee the confrontation". If this “non-management” is not enough to characterize a disciplinary fault, it “should have been at the initiative of a dialogue”, insisted Mr. Huber, however rejecting any “Manichean” vision on the climate which reigned in the PNF.

"Some did not recognize the legitimacy of their superior" while Ms. Houlette pursued "the higher objective" of establishing the credibility of the PNF.

Mr. Huber was even less friendly with regard to the third grievance against Ms. Houlette, related to two potential conflicts of interest.

In 2019, at the end of her mandate, Ms. Houlette had discussions with a lawyer about an investigation carried out by the PNF. And in 2015, she had not informed her teams that her daughter worked in a firm in which one of the partners appeared on the sidelines of a file supervised by this prosecution.

If no violation of the secrecy of the investigation can be blamed on her, Ms. Houlette on the other hand made herself "guilty of a breach of the duty of impartiality, but also of prudence and loyalty", estimated Mr. Huber, accusing him of having "damaged the image of the PNF".

However, a sanction is not possible for a formal reason: Ms. Houlette's hierarchy had been informed of these breaches while she was still in office and it was therefore up to her alone to initiate proceedings, which she didn't.

For her last words against the CSM, Eliane Houlette accuses the blow. "Where is the heart of the conflict of interest? There is no appearance of bias," she says, unable to suppress a few sobs.

The CSM will deliver its opinion on October 19.