Caryl Churchill and the Documenta Syndrome

oops! It has happened again. 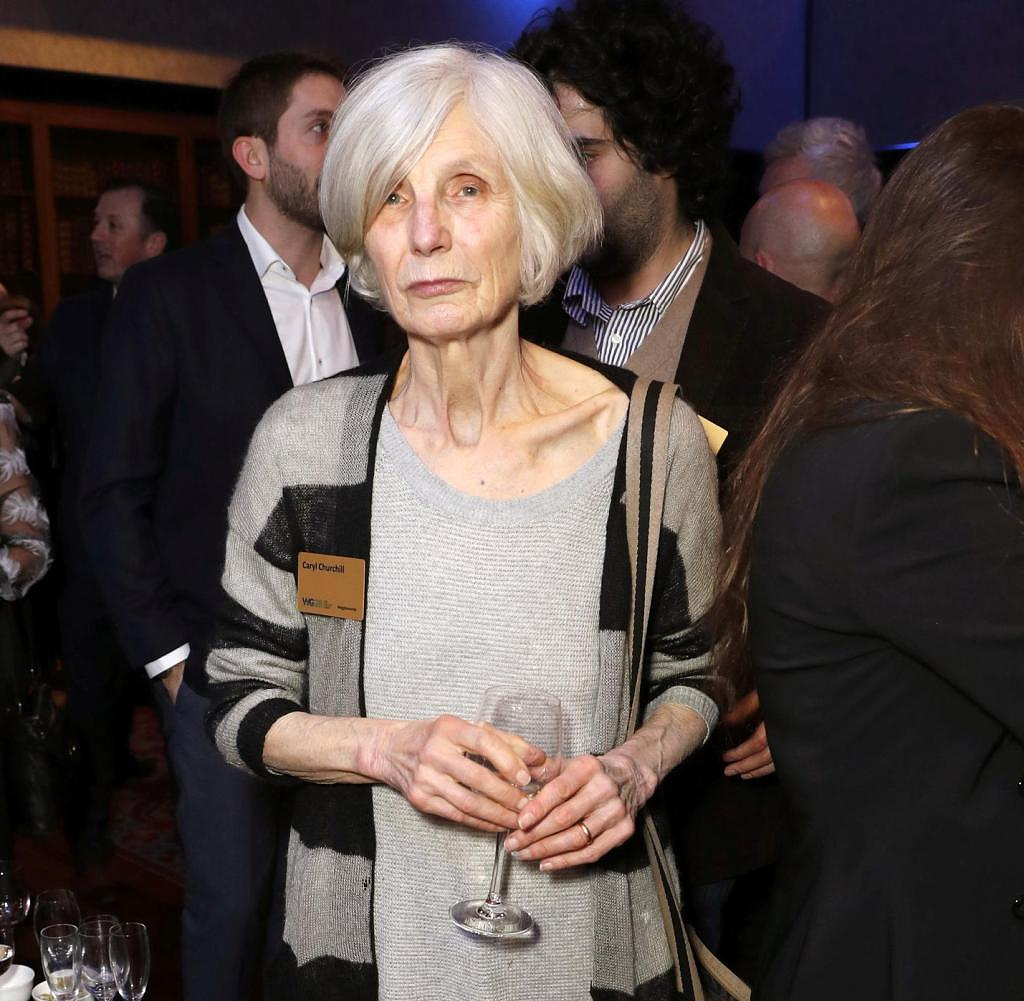 oops! It has happened again. Once again, a German cultural institution made a fool of itself by wanting to honor a foreign artist and was then completely surprised to find that the honoree's work contained elements that, to put it mildly, can at least be interpreted as anti-Semitic. This time the British playwright Caryl Churchill was affected by the documenta syndrome.

She was to be awarded the "European Dramatists: Inside Prize" (only real with a gender break) in Stuttgart. The jury made its decision last April. But shortly before the planned award ceremony on November 20, the jury decided not to award the prize, which is endowed with 75,000 euros, to Churchill after all.

This was justified with Churchill's involvement in the BDS movement, which questions the existence of the State of Israel, and with anti-Semitic motifs in her plays. The jury is actually made up in such a way that one should assume a certain connoisseurship. Its members include director Barbara Engelhardt, theater critic Peter Kümmel, the artistic director of the Berlin Schaubühne, Thomas Ostermeier, and Minister Petra Olschowski. The jury is chaired by the author and critic Peter Michalzik.

Above all, Ostermeier should know the work of Caryl Churchill well. In 2001 he staged Churchill's "That's a Chair" at the Schaubühne and had "In Far Far Away" performed by Falk Richter. As a feminist, left-wing extremist and post-dramatic, Churchill was “Britain's most important playwright” – according to the general tenor – at the time at the height of her fame. The suspicion is now obvious that Ostermeier and the other jury members have not dealt intensively with the work and work of the now 84-year-old since then.

You might have let her commitment to the BDS movement get away with the argument that outside of Germany it is not quite as controversial as it is here, where there is even a cross-party parliamentary decision to oppose the BDS movement. The decisive factor in the reversal of the jury's decision may have been that through the research of the blog "Ruhrbarone" Churchill's short piece "Seven Jewish Children. A Play for Gaza” in 2009. The piece consists of seven sections, which fill 6 DIN-4 pages when printed. It is composed of sentences that begin with either "Tell her" or "Don't tell her" in English. We can assume that the speaker is always a father who gives his wife instructions on what to tell their daughter.

With a little historical imagination, the "scenes" can be assigned to sections of the history of persecution, exodus and struggle of Jewish people. According to Churchill, the persecuted become persecutors. But the subtitle “A Play for Gaza” already makes it clear that she is not interested in presenting two antagonisms, each with its own right. Such conflicts have fueled every major dramatic situation for 2,500 years - Creon is just as right as Antigone.

But at the latest when the sketched family has arrived in Israel, Churchill only strings together the clichés of Palestinian propaganda, which are just as readily swallowed by the global left as the Russian disinformation by Saxon 'lateral thinkers'. It's about water being taken from Arab farmers to fill Israeli swimming pools. It's about houses being flattened by bulldozers without mentioning what prompted such action. And of course there are various variants of the "Child Killer Israel" topos - shot boys, killed babies, children covered in blood: "Tell her, all I feel is joy that it's not her."

Churchill reproduces anti-Semitic clichés, including the two faces that Jews show the world - different on the inside than on the outside. Of course, in order to forestall criticism, she already included the note in the text that there are Israelis who take a similar view: "Don't tell her that her cousin refused to serve in the army."

In her home country, Churchill is perfectly in line with a tendency among intellectuals, artists and everything more or less left-wing. Great Britain is the country where football fans build pro-Palestinian banners into their choreos, where almost every second person says they have an ancestor who was a soldier killed by Jewish terrorists in the then British Mandate of Palestine and where someone like Johnny Rotten /Lydon can position himself as a still-punk-and-con establishment by speaking out pro-Israel.

But in a country with different historical responsibilities and sensibilities, one might expect a jury to be aware of the problematic nature of choosing Churchill. Otherwise one could have made the choice while leafing through an encyclopedia of contemporary drama.

‹ ›
Keywords:
HeineMatthiasChurchillCarylOstermeierThomasTheaterStuttgartTexttospeechCaryl ChurchillFalk RichterIsraelGroßbritannienMusik
Your comment has been forwarded to the administrator for approval.×
Warning! Will constitute a criminal offense, illegal, threatening, offensive, insulting and swearing, derogatory, defamatory, vulgar, pornographic, indecent, personality rights, damaging or similar nature in the nature of all kinds of financial content, legal, criminal and administrative responsibility for the content of the sender member / members are belong.
Related News