Carmen Calvo, former vice president of the Government of Spain and president of the Equality Commission of the Congress of Deputies, addressed the conference "Policies, politics, and feminism" at the Carmen Jimenez Center, La Zubia, last Friday (17 December). 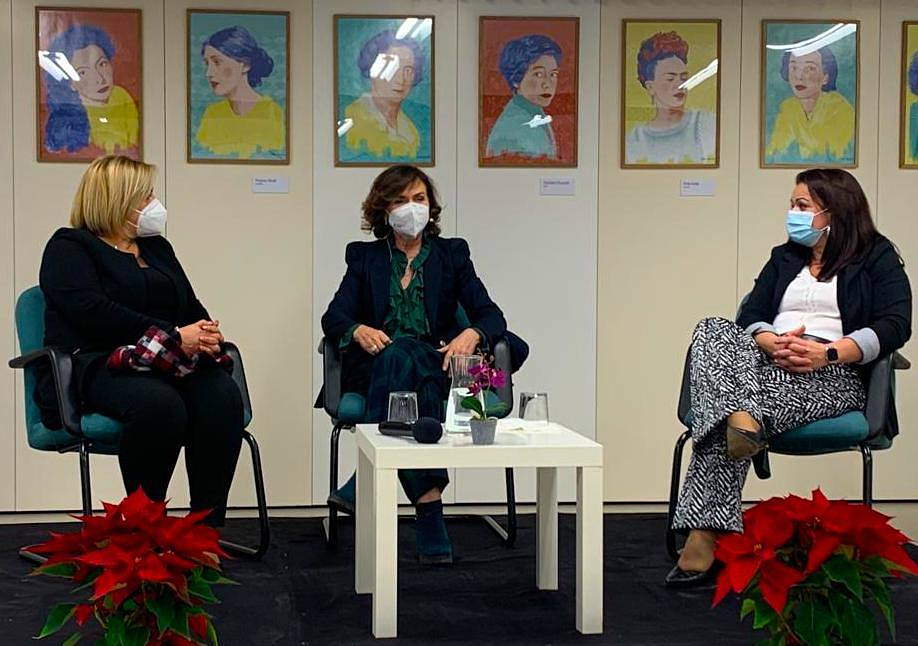 Carmen Calvo, former vice president of the Government of Spain and president of the Equality Commission of the Congress of Deputies, addressed the conference "Policies, politics, and feminism" at the Carmen Jimenez Center, La Zubia, last Friday (17 December).

This event was attended by Puri Lopez, the mayor of La Zubia and Rebeca Sanchez (the Councilor for Equality), as well as other members of local government. It was part of the second "Feminist dialogues" of the metropolitan municipality.

Calvo spent almost an hour reflecting on equality and feministism with nearly 100 residents of La Zubia who sold all their places. The Zubien Mayor and Councilor for Equality stressed that Carmen Calvo is an example for us all to follow with a strong defense of women's rights and a successful political career. Both expressed their gratitude to Carmen Calvo's former Vice President of Government for coming out to the town to take part in the event.

‹ ›
Keywords:
SobreCentroZubiaIgualdadCalvoCarmenJimenezReflexionaFeminismo
Your comment has been forwarded to the administrator for approval.×
Warning! Will constitute a criminal offense, illegal, threatening, offensive, insulting and swearing, derogatory, defamatory, vulgar, pornographic, indecent, personality rights, damaging or similar nature in the nature of all kinds of financial content, legal, criminal and administrative responsibility for the content of the sender member / members are belong.
Related News