Car sharing in Hamburg will soon be 80 percent electric

Hamburg is already at the top of the German federal states when you look at the proportion of electric cars in the city's entire car fleet. 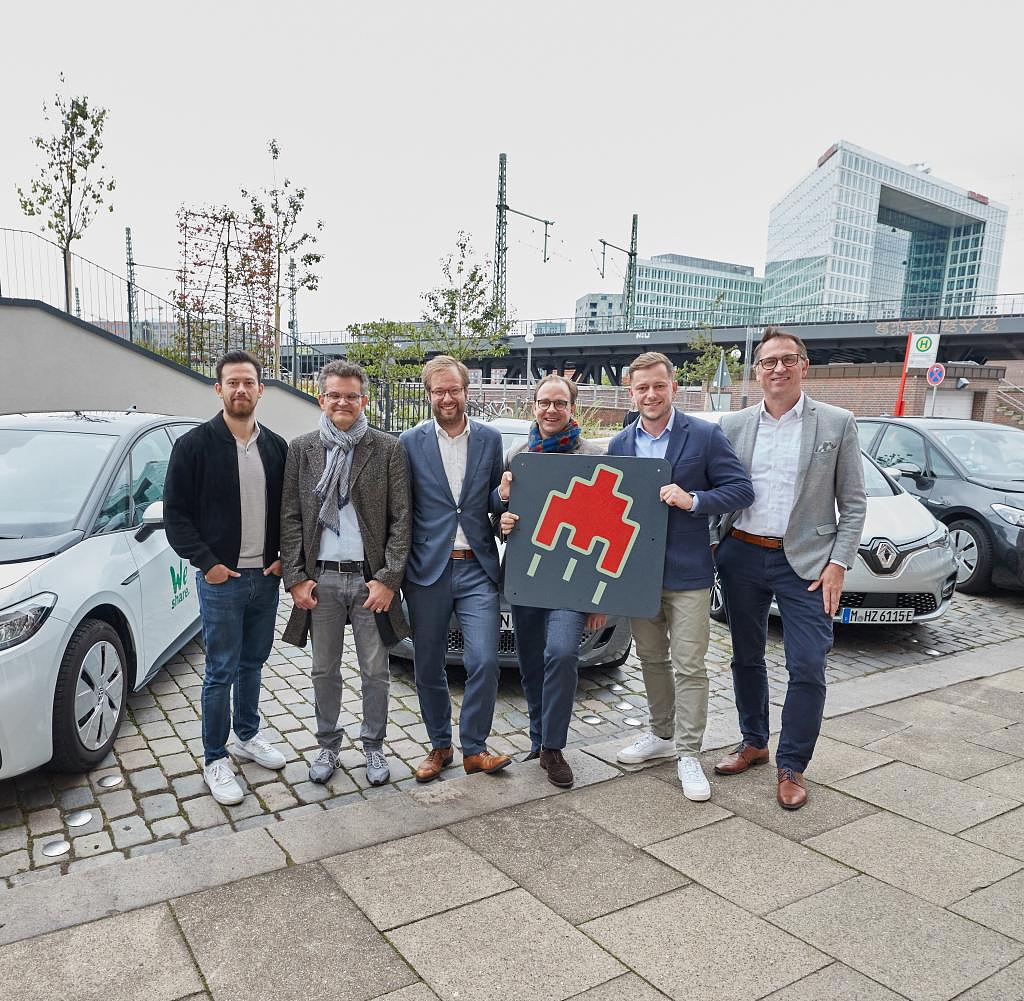 Hamburg is already at the top of the German federal states when you look at the proportion of electric cars in the city's entire car fleet. However, a share of 1.61 percent was enough this year. According to the Federal Motor Transport Authority, a little more than 13,000 purely electric cars were registered in Hamburg at the beginning of 2022. There were a total of 814,000 cars.

In its efforts to further increase the number of e-cars on Hamburg's streets, the city is now going one step further. Together with the municipal transport company Hochbahn, it is entering into a strategic partnership with the car sharing providers Miles, Share Now, Sixt and WeShare. Transport Senator Anjes Tjarks (Greens), CEO of Hamburger Hochbahn Henrik Falk and board members of the four companies signed a corresponding agreement on Wednesday.

In it, the four providers commit themselves to increasing the proportion of electric vehicles (e-quota) in their Hamburg carsharing fleet to at least 80 percent by January 1, 2024. At the same time, the city and Hamburger Hochbahn undertake to create the necessary framework conditions.

The commitments made by the city, which will apply to all electric vehicles at charging points in Hamburg in the future, include, among other things, that the maximum parking time at electric charging stations will be increased from two to three hours. At the same time, parking at charging stations will in future only be permitted during the charging process. In addition, the city has committed itself to creating 600 charging points in public spaces.

It is an important step to work with the providers to expand the quota of e-cars in car sharing, said Transport Senator Tjarks. "As part of the mobility transition, the drive turnaround is a central building block for sustainable and climate-friendly transport," believes the Green politician. 80 percent e-quota in just 15 months is "a very ambitious goal", but together with the companies we will "resolutely tackle it."

The city has been in business contact with the four car-sharing providers for some time. Customers of the Hamburger Verkehrsverbund can book their vehicles via an app, use them and later park them centrally at rapid transit stations. HVV Switch is the name of the system, the parking spaces for rental cars, but also rental bikes are named by the HVV Switch points. Hochbahn has committed to building an additional 100 AC charging points on these by the end of 2023. In future, the use of the HVV switch points will be free of charge for the partners' locally emission-free carsharing vehicles.

By 2024, they want to have well over 200 HVV switch locations, explained Hochbahn boss Falk. These should also be gradually given charging points.” According to Falk, sustainable mobility is the mission of the Hochbahn, whose credo is that the offer only has to be good enough to convince people to get out of their own car. It couldn't be easier to convince Hamburg's citizens of electromobility than with the HVV Switch App - "Book and get in, it couldn't be easier."

The city's commitments are important for the car-sharing providers in order to push ahead with the expansion of their e-fleets. One of the reasons they are interested in this is that surveys of their customers have shown for years that they would rather drive an electric car than one with a combustion engine. If you don't have your own car, you want to be as modern and environmentally friendly as possible when you rent one.

So far, however, providers have often been confronted with the chicken-and-egg principle. Because without the necessary infrastructure, e-cars cannot be operated, even for sharing providers. However, cities and municipalities did not want to make advance payments in the pure hope that this would lead to more electromobility.

Hamburg has understood that a variety of measures are necessary for sustainable and safe traffic of tomorrow, said Oliver Mackprang, CEO of the provider Miles. "The strategic agreement is one of these measures," said the manager, who emphasized that everyone involved had contributed their expertise and that the concept developed as a result, which would promote both electrification and the car sharing landscape in Hamburg.

Tobias Friedrich, CFO at WeShare, said that in order to make the operation of an electric fleet, which is more complex compared to a combustion engine fleet, also economically sustainable, “a positive political framework is needed”. This set Hamburg.

That is why the Hanseatic city was the second destination of the Volkswagen subsidiary, after Berlin, where the purely electrically powered vehicles could be rented. . “Hamburg has long been setting a good example in a Germany-wide comparison and is creating the conditions for rapid electrification with sensible incentives. The strategic commitment of the major car sharing providers to expanding their electric fleets by up to 80 percent in Hamburg by 2024 is therefore a logical development,” says Friedrich.

But 80 percent should not be the end. According to the Hamburg transport authority, the partners want to work together beyond 2024 to “completely convert the operation of the Hamburg car-sharing fleet to locally emission-free vehicles”.

‹ ›
Keywords:
MilesGrüneHamburgTexttospeechKrimiElektromobileElektromotorenElektroautoHamburg StraßeFalkHenrikTjarksAnjesCarSharingSixtLadepunktHVV Switch AppHenrik FalkHVV Switch
Your comment has been forwarded to the administrator for approval.×
Warning! Will constitute a criminal offense, illegal, threatening, offensive, insulting and swearing, derogatory, defamatory, vulgar, pornographic, indecent, personality rights, damaging or similar nature in the nature of all kinds of financial content, legal, criminal and administrative responsibility for the content of the sender member / members are belong.
Related News