The City Council of Cantoria has completed the first phase of an extensive action plan to combat the impacts of torrential rainfalls. 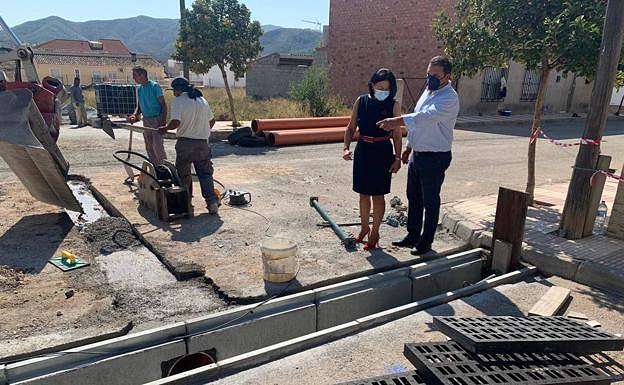 The City Council of Cantoria has completed the first phase of an extensive action plan to combat the impacts of torrential rainfalls. These rains are cyclically occurring in the Valle del Almanzora region. Breakwaters have been constructed at strategic points, and a network of rainwater has been installed. This has also been done as part of the modernization of roads and other services for homes. In the city center of Cantoria work has been done to secure sensitive areas around Camino Alto and Cuesta de La Mina. Almanzora's breakwater protects the entire length of the former railway line and is supplemented by a ambitious rainwater network, which has been completed throughout 2021.

"In recent years, we have seen that each time Dana, a cold drop or any other phenomenon of this nature occurs, the damage done has been immense. But it is not just the economic value. The loss of time and belongings that causes these disasters every now and again are important for neighbors as well. Puri Sanchez, the mayor of the town, says that a plan was devised to stop the main effects of heavy rains in different phases. Both the Almanzora and most urgent breakwaters have been operational since the start of the year.

The first mayor says that the civil work done is not "unconditional" insurance that will ensure that we are safe, but that we can prevent the damage that recurs whenever the great avenues Ramblas and the river arrive.

The majority of the canalizations of Cantoria's urban center were made possible by the installation of the new drinking-water distribution network. This network has more than ten kilometers worth of canalization and has also been used to bury all telecommunications services, improve lighting, and replace roads and sidewalks that have not been replaced in 30 years. "In six years, we have done something in every neighborhood. Now it is time for us to rely on the recovery funds of Spain. If we have been able to protect ourselves from the impacts of climate change's torrential rains, we can now fight this change by creating a new phase of protection of urban centers against the river channels and repopulating riverbanks. The mayor says that the city intends to reduce the mobility of urban vehicles through measures that include pedestrianization of large areas of streets and the creation of dissuasive parks. Data will be available in the coming weeks.

‹ ›
Keywords:
CantoriaBlindaEscollerasCanalizacionesNucleosUrbanosSortearEfectosLluviasTorrenciales
Your comment has been forwarded to the administrator for approval.×
Warning! Will constitute a criminal offense, illegal, threatening, offensive, insulting and swearing, derogatory, defamatory, vulgar, pornographic, indecent, personality rights, damaging or similar nature in the nature of all kinds of financial content, legal, criminal and administrative responsibility for the content of the sender member / members are belong.
Related News