Dogs can recognize stress in people just by their sweat and the air they breathe. 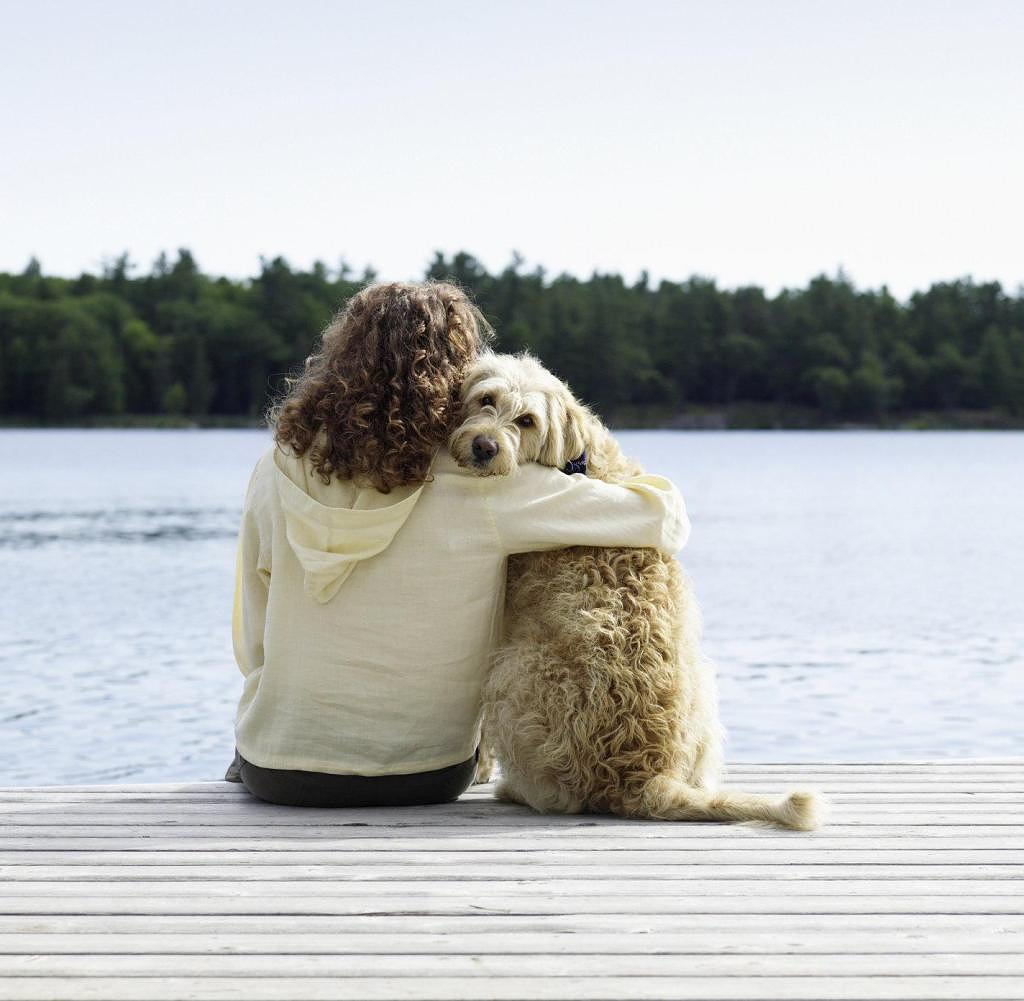 Dogs can recognize stress in people just by their sweat and the air they breathe. British researchers found this out in a small study with four dogs. "The study shows that dogs don't need visual or audible cues to detect stress in humans," says Clara Wilson of Queen's University Belfast. This could be useful for training companion and therapy dogs. The researchers do not know what exactly characterizes the stress odor and what makes it recognizable for dogs, as they write in the specialist journal "PLOS One".

Dogs are known for their excellent sense of smell, which is far superior to that of humans. Among other things, they use it to track down food, to sniff out conspecifics and their readiness to mate, or to recognize family members. Humans also make use of the dog's sense of smell in many ways: Dogs are used, for example, to diagnose diseases such as cancer or diabetes.

The researchers write that dogs are in demand as companion dogs, among other things, to help people with anxiety disorders, panic attacks or post-traumatic stress disorders - diseases that are associated with severe stress.

Stress is associated with physical changes, continue the scientists led by Wilson. These include heart palpitations, increased blood pressure or the release of hormones such as cortisol and epinephrine. But do these changes affect smell, and is that noticeable to dogs? The scientists investigated this question in their study.

They first trained four dogs to recognize a sample in a special smell test in the laboratory and to indicate this. The test system was a three-armed device whose individual arms could be filled with different scent samples. The dogs would sniff arms and sit when they detected a scent they had been trained to smell.

After the dogs had learned how to use the apparatus, the researchers began the actual test. They filled one of the arms with a scent sample from a stressed person, another with a comparison sample from the same person in an unstressed state, and the third arm was left empty.

To stress the test participants, the researchers gave them a mental arithmetic task: They were to count down from 9,000 in increments of 17. The scientists repeatedly urged the test subjects to hurry, they criticized incorrect information in a stern voice, correct ones were not commented on. Most of the participants came under measurable stress. The researchers measured the blood pressure and heart rate of some of the test subjects, and all participants also had to classify their personally perceived stress level on a scale - before and after the arithmetic.

Also before and after the stress test, the participants had to wipe their necks with a muslin cloth and put the cloth in a tube. After three more forceful exhalations, the tubes were capped and ready for testing with the dogs.

In several rounds of experiments, the researchers then checked whether the dogs could distinguish the sample from a stressed person from that of the same person in an unstressed state. The dogs actually did well, their average hit rate was almost 94 percent.

"This is the first study of its kind, and it shows that dogs can smell stress from breath and sweat, which could prove useful in training therapy and companion dogs," says Wilson. "It also sheds more light on the relationship between dogs and humans and expands our understanding of how dogs may interpret and interact with human mental states."

‹ ›
Keywords:
TexttospeechGesundheitClara WilsonForschendeSeelenzuständeQueens University Belfast
Your comment has been forwarded to the administrator for approval.×
Warning! Will constitute a criminal offense, illegal, threatening, offensive, insulting and swearing, derogatory, defamatory, vulgar, pornographic, indecent, personality rights, damaging or similar nature in the nature of all kinds of financial content, legal, criminal and administrative responsibility for the content of the sender member / members are belong.
Related News