For his probationary suspension over three years, the prosecution asks him to justify his activities, to compensate the civil party (the judicial agent of the State), and to settle his debts to the Public Treasury. 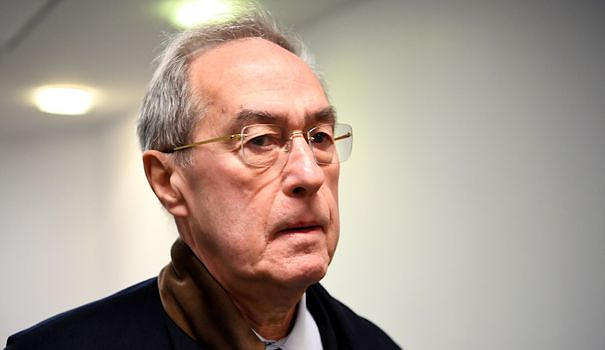 For his probationary suspension over three years, the prosecution asks him to justify his activities, to compensate the civil party (the judicial agent of the State), and to settle his debts to the Public Treasury.

At the time, the essential man of the presidency of Nicolas Sarkozy, now 77 years old, was a candidate to be a deputy in Hauts-de-Seine. The prosecution accuses him of having knowingly reduced his campaign accounts and thus having obtained a reimbursement of more than 30,000 euros.

"The probity of future elected officials begins with the probity of the candidates who seek the votes", declared the prosecutor Nathalie Foy, at the correctional court of Nanterre. "Even if the sums involved are not considerable, this situation should not be trivialized" because it "casts discredit on political life".

Especially since in 2012, Mr. Guéant "was a leading man, an extremely powerful man", former secretary general of the presidency of Nicolas Sarkozy and then interior minister.

Against him, the prosecutor also requested a fine of 50,000 euros and, for five years, the deprivation of his civic rights, the prohibition of public office and of being a corporate officer.

A four-page letter is at the heart of this investigation.

In this letter, sent on January 3, 2012, Pierre-Christophe Baguet, UMP mayor (since become LR) of Boulogne-Billancourt and outgoing deputy of Hauts-de-Seine, had presented his wishes to the Boulonnais and announced to support Claude Guéant to succeed him in the National Assembly. He had attached the declaration of candidacy of the latter.

This "greeting letter is actually a pretext letter" for "a propaganda document which will be distributed in 60,000 copies", estimates the prosecutor, who accuses MM. Baguet and Guéant for having sought to have it financed by the town of Boulogne-Billancourt.

The two defendants contest. Mr. Baguet claims in particular to have acted in a "personal approach".

The prosecution asked to "inflict a very, very serious warning" on Pierre-Christophe Baguet. The maximum penalty for illicit campaign financing was required, namely a one-year suspended prison sentence and a fine of 3,750 euros.

These two men embody a "corruption of political morals which radiates and pushes other people in its wake", considered the prosecutor. She requested suspended prison sentences or fines against two former employees of the town hall and the manager of a printing press, having taken care of the letter. As well as 50,000 euros against the printing works, a legal person.

This is not Mr. Guéant's first legal adventure.

He is the first tenant of Beauvau to have been imprisoned, from December 13, 2021 to February 9, 2022. The justice had estimated that he did not discharge in time the fine and the damages that he had been sentenced to pay in the so-called case of cash bonuses from the Ministry of the Interior.

This incarceration was "an extremely painful ordeal", said Claude Guéant at the helm on Wednesday. "Even if it seems presumptuous, the picture that is made of me is very dark. We can perhaps also notice that, in my life, I have done a certain number of very positive things".

The former minister must also be retried in the Elysée polls file, after appealing his conviction, on January 21, to one year in prison, including eight months, for favoritism.

He remains indicted in the case of suspicions of Libyan financing of the presidential campaign in 2007.

Mr. Guéant says "very badly" to live these "repeated" criminal proceedings. "I had a personal and professional life under the sign of total honesty and integrity (...) I have the feeling of very great injustices", he told the court, straight in his dark suit .