The tenth generation of iPad says goodbye to some familiar things. 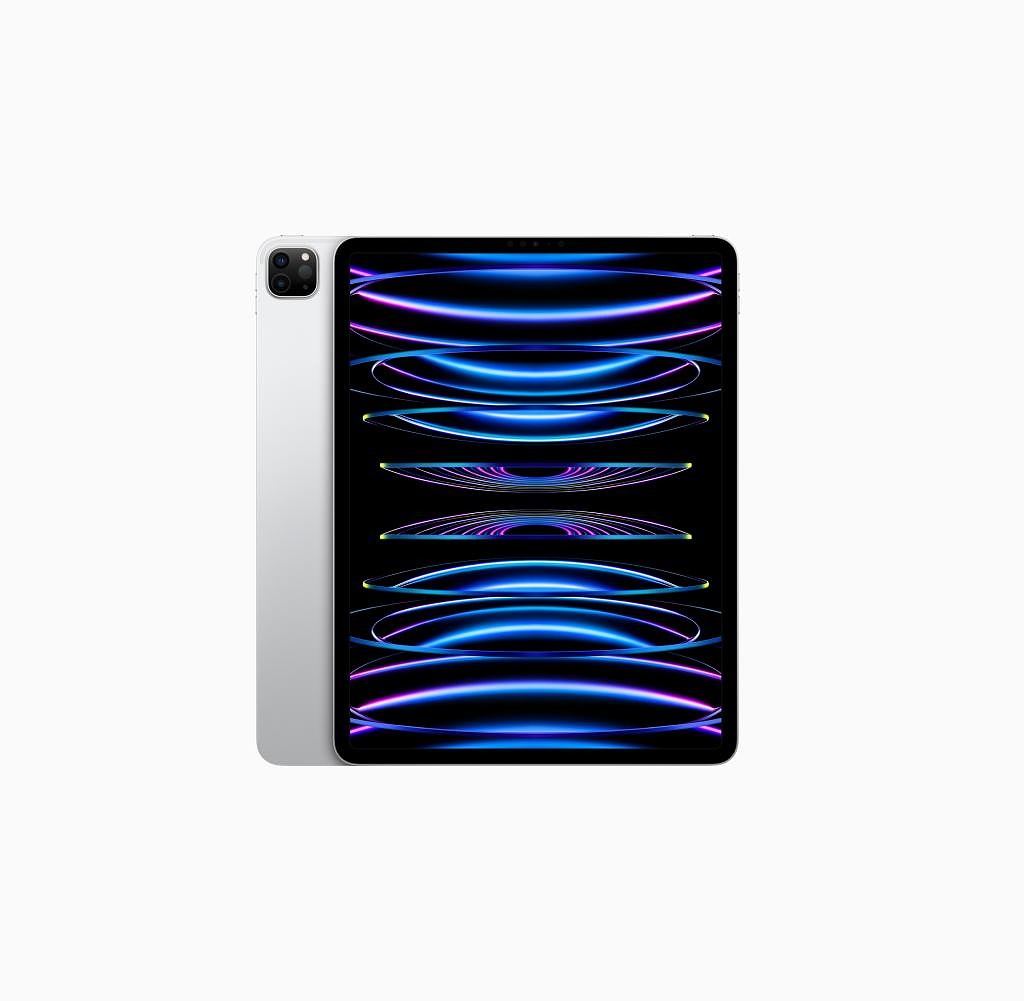 The tenth generation of iPad says goodbye to some familiar things. Goodbye thick screen borders, goodbye home button and goodbye Lightning connector. And last but not least: goodbye jack for the headphones. But no goodbye without hello! New are: bright colors and, thanks to USB-C, easy connection of external hard drives and screens. And bright TouchID sensor in the power button on the device edge.

All the sacrifices have a clear effect: although the latest iPad is around two centimeters shorter than the previous model, the screen has become larger. It now has a screen diagonal of 10.9 inches (27.69 cm) instead of the previous 10.2 inches (25.91 cm). Smaller housing, larger screen: This concept is convincing.

Speaking of the display: With a resolution of 2360 x 1640 pixels, all details appear crisp and sharp. The color representation and the contrast values ​​are in the upper mid-range. This is completely sufficient for all everyday applications. However, the display of the iPad Pro with the mini-LED backlight and an extremely high resolution of 2732 x 2048 pixels is in a different league.

The new iPad 10 contains Apple's A14 Bionic chip, which we know from the iPad Air (2020) and the various iPhone 12 models. So this system is not exactly new, but still very fast.

While many will hardly notice the chip upgrade, the new location of the camera at the front of the display is an immediate eye-catcher. In contrast to the iPad Pro and iPad mini, it is no longer on the short side, but has moved to the middle of the long side. In video calls with FaceTime, Zoom, Teams and other apps, you can virtually look the other person in the eye and no longer - as before - always a little past.

The new iPad keyboard (Magic Keyboard Folio) is also convincing, with which you can type quickly and without hesitation. It has 14 function keys that can be used to adjust volume and screen brightness, for example.

The Magic Keyboard Folio consists of two parts: the actual keyboard, which magnetically attaches to the Smart Connector on the edge of the iPad, and a magnetically clinging back panel that allows the iPad to stand up like a laptop screen.

This is all very solid and adds enormous value to the iPad. The only criticism of the useful accessories is the price. Apple charges just under 300 euros for this. Microsoft has professional keyboards for the Surface tablets for 180 euros. This large price difference is difficult to justify with similar quality.

Wrinkles on the forehead also create Apple's decision that the base iPad model can only be compatible with the first-generation Apple Pencil. The first Apple digital pen features a Lightning connector for pairing and charging. However, Apple has just done away with the matching socket on the iPad 10.

For ten euros, customers receive an inelegant crutch solution: a small adapter plug from USB-C to Lightning. If you want to work with the Apple Pencil on the iPad 10, it is best to get a replacement adapter right away, because such mini parts always disappear without a trace when you need them.

Speaking of adapters: If you want to connect your headphones with a jack plug, you now also need one: from jack to USB-C (10 euros).

While Apple has changed a lot with the normal iPad, many things remain the same with the new iPad Pro. Both Pro models (12.9-inch and 11-inch) at least have a new main processor, the M2 chip. This system is also in the current MacBook Pro and the latest MacBook Air.

The iPad Pro was already a performance monster with the M1 processor. With the M2 it has now become even more powerful. There is no Android tablet that can even remotely keep up here.

In the professional version of the M2 processor, the graphics unit accesses ten graphics cores, not just eight as in the MacBook Air. The actual computing work is done by eight CPU cores, four each for everyday and particularly computationally intensive tasks. This makes the iPad Pro the ideal machine for media professionals who, among other things, edit videos in 4K resolution with apps such as Luma Fusion or DaVinci Resolve.

However, one conclusion of the practical test with the new iPad Pro is that the previous model with the M1 chip was also great. The increase in power with the M2 makes the device future-proof.

Likewise the new WLAN. The iPad Pro can now transmit with the new Wi-Fi 6E standard. The radio spectrum available for WLAN has almost doubled in Germany, including a large frequency block in the 6 GHz range. In order to be able to benefit from the higher bandwidth, you also have to use a router on the other side that already supports Wi-Fi 6E.

The iPad Pro faction will look enviously at the smaller iPad 10 on two issues. On the one hand, the professionals would like the camera for video conferences to be in the middle of the longer side, as is the case with the basic model. But in the top-of-the-line iPad models, the selfie camera is still on the short side.

The "want to have" reflex will also set in with the external keyboard. Although the "Magic Keyboard" costs even more, you won't find the new function keys on the folio model for the iPad 10.

Everything fits with the Apple Pencil. The Pro models work with the second generation of the pen, which can be loaded on the long side of the iPad. The new function "Apple Pencil Hover" is interesting, with which the iPad Pro shows exactly where the Apple Pencil will touch down on the display. This helps, for example, to illustrate with even greater precision.

Conclusion: With its performance features, the iPad 10 is right on the heels of the higher-class iPad Air. It shines with functions that not even the iPad Pro offers in some cases. However, with prices between 579 and 979 euros, it has lost the status of an entry-level tablet. This role is taken over by the previous model, the 9th generation iPad, which Apple continues to offer from 429 euros.

With the iPad Pro, Apple has combined a lot of proven technology with a new core and will be the undisputed number 1 in all performance rankings with this tablet. Buyers have to dig deep into their pockets for this. Prices for the smaller 11-inch model start at 1049 euros. The 12.9-inch model we tested is available from 1449 euros. In the most extensive variant with two terabytes of memory and mobile communications, the threshold of 3000 euros is exceeded by 24 euros. That's a lot of money - especially when you consider that certain innovations like the better space for Apple's selfie camera have not been implemented at all.

‹ ›
Keywords:
TestberichteIPadAppleTabletPCSmartphonesTexttospeechApple PencilMagic Keyboard FolioApple PodcastAmazon MusicApple Pencil HoverVideocallMacBook AirMicrosoftSmartphoneWLAN
Your comment has been forwarded to the administrator for approval.×
Warning! Will constitute a criminal offense, illegal, threatening, offensive, insulting and swearing, derogatory, defamatory, vulgar, pornographic, indecent, personality rights, damaging or similar nature in the nature of all kinds of financial content, legal, criminal and administrative responsibility for the content of the sender member / members are belong.
Related News