"With my partner, we were looking to slow down our pace of life and enjoy more. 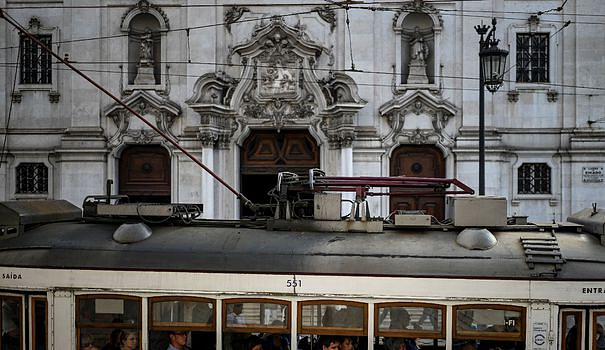 "With my partner, we were looking to slow down our pace of life and enjoy more. So we made a list of the ten best places in the world and, according to our criteria, Lisbon quickly took first place", testifies to the AFP this 40-year-old entrepreneur.

In addition to the things he already enjoyed in California, Portugal offered him the opportunity to escape a country "torn" by political divisions.

"When you add free medical care, less violence and a lower cost of living, the decision is easy to make," explains this young father, who arrived in March 2020.

The approximately 7,000 Americans residing in Portugal remain far fewer in number than English or French expatriates, but their number doubled between 2018 and 2021, according to official statistics.

And, this year, the Americans are neck and neck with the Chinese at the forefront of the foreign investors most attracted by the Portuguese "golden visas", these residence permits issued in exchange for a real estate purchase or the transfer of capital.

A lawyer for the consulting firm for expatriation candidates Global Citizen Solutions, Joana Mendonça speaks "almost every day" to clients in the United States and thinks that this market will "continue to grow".

"There are those who come to be digital nomads and who want to work from home, here by the sea. There are whole families who already dream of seeing their children in European universities. There are also retirees who sell everything they own in the United States to enjoy their retirement in Portugal," she explains.

Moreover, these Americans have "a different mentality" from other foreign investors, lured mainly by residence permits or tax exemptions.

"They really want to come and live here and change their lifestyle," says the lawyer, while the "golden visa" program created in 2012 is decried for having contributed to the rise in real estate prices.

After spending his first six months in Portugal as a digital nomad, Nathan Hadlock now works for an investment company dedicated to sustainable agriculture, buying land in the Alentejo region (south), which reminds him of Napa Valley from California.

In Lisbon, he organizes meetings with other entrepreneurs to strengthen ties between California and Portugal. The band's name, "Red Bridge", alludes to the two red bridges that span San Francisco Bay and the Tagus Estuary.

Among these entrepreneurs, Jonathan Littman still lives in California but already speaks Portuguese. He knew Portuguese startups established in Silicon Valley when Portugal received a big spotlight thanks to the Web Summit, a high mass of the digital economy organized in Lisbon since 2016.

"Portugal, now, we see it as the California of Europe", he says, listing some common points: "the surf, the coast, the good wines, the taste for seafood and healthy cuisine" .

In order to flee an America shaken by political and racial tensions, Jen Wittman moved with her family in March 2021, in the midst of the Covid-19 pandemic.

"Everyone is super happy to live here because we feel safe," says this 47-year-old American, self-entrepreneur in digital marketing and the origin of a Facebook support group for her compatriots tempted by the expatriation, which has more than 3,000 members.

With her husband and their teenage son, they first lived in an apartment in Lisbon, in the picturesque district of Alfama. But, with the recovery of tourism following the health crisis, the rent has become too expensive for them.

After several months of real estate research, "the only big stress" of their stay in Portugal, they bought a house in the southern suburbs, with a small garden on the edge of a pine forest.