Caldea Festivals: A cultural and free offer that reaches villages

The villages will have their own festival this year. 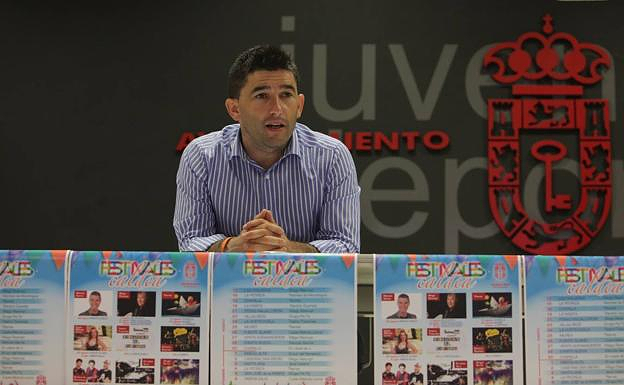 The villages will have their own festival this year. Angel Montoro, the mayor in charge of that region, announced this. The 'Caldea tu Verano Festivals were presented by him. These festivals, which play with the term villages, are intended to be an additional leisure option for residents of the area. The festival, which will include 16 villages, will take places between August 2 and September 1 and is completely free, he said during the press conference. Montoro stated that both sides were clear when they signed the government pact. Both PP and Ciudadanos also agreed that villages have a greater role. This department is responsible for the infrastructure and village needs, as well as the contact with the municipal mayors. It also manages activities in coordination with other areas.

The council has a budget for 22,000 euros to cover the cost of hiring the groups and the set-up of sound, stage, or image equipment. Angel Montoro stated that the festival also included local artists and groups who could be there to support them during difficult times. Only two shows have their protagonists not from the village. The mayor of villages pointed out that there are no activities whose participants are not local.

The tour will begin on August 13th in Las Grajeras, with the Magician Resmyn performing. He will also be performing on August 21st in Las Penas de Majalcoron and August 27th in Venta de los Agramaderos. The 'Night of Monologues’ is scheduled for August 16, with the neighbor of Frailes Rafa Frias, La Pedriza. On September 4, a puppet show with Analia Sisamon will also take place. Charilla will perform two shows at this festival: the first will be on August 18, with the night-of-puppets, and the second will be on August 30, with the concert of En Clave de J. The mayor of Aldeas already stated that some surprises will be prepared.

On August 19, the Electric Quarter group will be traveling to La Rabita. The appointments with the Pato group will take places in Villalobos on August 23 and San Jose de la Rabita on September 5. The play 'Traumas Al Fresco' will take place on August 24, at La Hortichuela, by Animahist. The following day, in Mures the Sisamon children’s puppet show, will return the next day. Melody Lorca, the singer, will be performing with her copla show in Fuente Alamo on August 26th and Ribera Baja on September 6th. The Ribera Alta will host the Al sur del Falmenco performance on September 1. Santa Ana and Ermita Nueva are the focus of two of the best shows. On August 29, the first will take place at Ermita Nueva. Manolo Sacapuntas comedian Manolo will perform. The performance of Ipop Cover, a group formed from some components of the Tentacion Orchestra, is scheduled for September 3, Santa Ana.

These shows can draw a larger audience than the rest. Angel Montoro stated that each show has a maximum capacity for 200 people. He also stressed the importance of finding the best location to allow security to continue at these events. He said that the idea was to continue them in the future and that they will gain more attention and notoriety each year. The August Festivals were the first to take this approach and they took on their own identity.

‹ ›
Keywords:
FestivalesCaldeaPropuestaCulturalGratuitaLlegaAldeas
Your comment has been forwarded to the administrator for approval.×
Warning! Will constitute a criminal offense, illegal, threatening, offensive, insulting and swearing, derogatory, defamatory, vulgar, pornographic, indecent, personality rights, damaging or similar nature in the nature of all kinds of financial content, legal, criminal and administrative responsibility for the content of the sender member / members are belong.
Related News