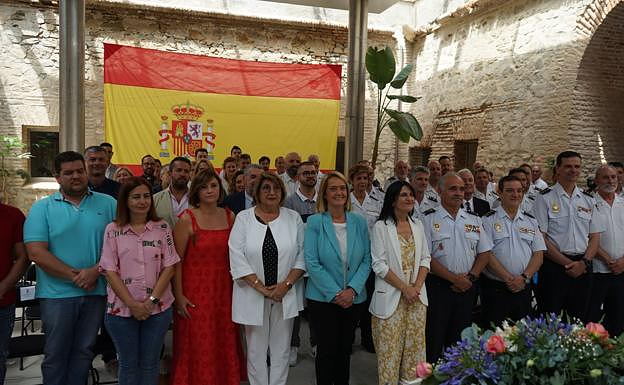 The Autonomous Local Entity Calahonda and Carchuna approved the general distinction of Gold Medal to Motril National Police. This was in recognition of its close collaboration and dedication to public service. In the Castle of Carchuna, an act of homage was performed to the National Police during this morning.

Luisa Garcia Chamorro was the mayor of Motril. Concepcion Abarca was the president of Calahonda's Autonomous Local Entity of Carchuna. They both agreed to highlight the "exemplary" work done by the Motril National Police Station.

Garcia Chamorro praised the cooperation of all Citizen Security bodies. He said that they "work closely with loyalty and efficiency, and are committed to their mutual success." The mayor also highlighted the human connection and humanity of the body, which goes beyond its police functions, and who "enlarges both Motril, Carchuna, and Calahonda."

"On important occasions like today, we're more than proud of your," stated the mayor. He wanted to thank all members of the body for their "constant social, professional, and emotional involvement in this entire police station that works every day to make our municipalities safer and better."

"All of you living this moment, I wish you will always remember it because it is the result authentic gratitude for your work in our municipalities. It was the result of genuine gratitude for all the citizen and human values that we could proudly display with pride," said Calahonda, president of ELA. You are truly appreciated for your invaluable work.

‹ ›
Keywords:
CarchunaCalahondaOtorgaMedallaPoliciaNacionalMotril
Your comment has been forwarded to the administrator for approval.×
Warning! Will constitute a criminal offense, illegal, threatening, offensive, insulting and swearing, derogatory, defamatory, vulgar, pornographic, indecent, personality rights, damaging or similar nature in the nature of all kinds of financial content, legal, criminal and administrative responsibility for the content of the sender member / members are belong.
Related News