After being selected in the second round for incubation and acceleration new technology companies, 29 entrepreneurs and startups joined Cajamar Innova. 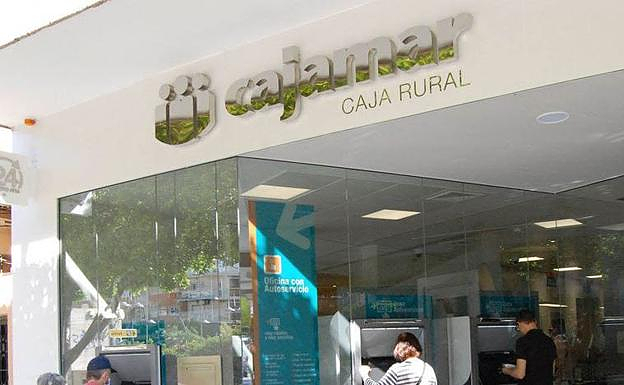 After being selected in the second round for incubation and acceleration new technology companies, 29 entrepreneurs and startups joined Cajamar Innova. They were accompanied by 180 international and national projects.

The selected startups are invited to participate in both incubation and acceleration programs. Both programs last for six months. They presented a range of digital solutions to data analysis and decision making in irrigation systems. The incubator was promoted by the INCYDE Foundation, and co-financed in part by the European Regional Development Fund(ERDF) under the Pluriregional Operational Program of Spain 2014-2020.

This means that the 29 startups that have been selected will be added to the 11 incubated in the second half 2021. Then, there will be the 30 that will be included in the next call. It is open to national and international projects and will focus on technology-based business ideas as well as a disruptive role in the integrated water cycle industry.

Until next August 10, registration for the third call will remain open on the website www.cajamarinnova.es, in which another 30 projects will be selected, of which 15 will be for the Incubation Program and another 15 for the Acceleration Program .

The candidate startups can also present their proposals to address specific challenges posed to them by strategic partners of Cajamar Innova, which will be in charge of incubating their projects. These strategic partners include Acciona Agua and Dcoop, Exolum, GS Inima and Riegos y Tecnologia SL, as well as Unica Group, who are leaders in their respective sectors. The third call will focus on developing circular economy strategies, reducing energy consumption in agriculture and livestock sectors; searching for viable and practical solutions on a large-scale that can revalue the brine from desalination plants; and finding alternatives to improve agricultural irrigation water use. The selection process will continue until July 21.

More than 80 applications were received for the first Cajamar Innova call, which was held between July 2021 to January 2022. A quarter of these came from international markets. Eleven innovative projects focused on intelligent irrigation management and monitoring and disinfection were chosen. Seven of these were in the incubation stage, while four were in the acceleration phase.

Over the course of 24 weeks, the eleven project leaders received over 500 hours of mentoring and took part in four training camps. Two days also included immersion in Cajamar's innovation ecosystem. This was in the context the Almeria intensive agricultural system, which is internationally recognized as a leader in irrigation management.

Finally, together with experts from Cajamar cooperative banking in business and agrifood innovation, they went to the most important professional fairs of our country. There they met potential investors and made their plans to continue to improve the efficiency and collection of water.

‹ ›
Keywords:
CajamarInnovaReuneAlmeriaStartups
Your comment has been forwarded to the administrator for approval.×
Warning! Will constitute a criminal offense, illegal, threatening, offensive, insulting and swearing, derogatory, defamatory, vulgar, pornographic, indecent, personality rights, damaging or similar nature in the nature of all kinds of financial content, legal, criminal and administrative responsibility for the content of the sender member / members are belong.
Related News