CaixaBank: "Perhaps we will see rates at 4% to succeed in the fight against inflation"

The CaixaBank Research Service does not foresee an economic recession in Spain due to the war, but believes that economic growth will be of the order of 1% in 2023. 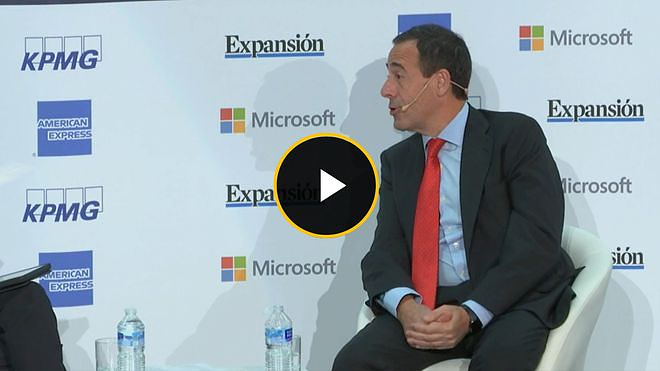 The CaixaBank Research Service does not foresee an economic recession in Spain due to the war, but believes that economic growth will be of the order of 1% in 2023. "We are more concerned about whether the subsequent recovery capacity is quick or not. It is what needs to be watched the most", Gonzalo Gortázar stated during his participation in the XIII Financial Meeting organized by EXPANSIÓN and KPMG, sponsored by American Express and Microsoft.

The market is discounting an increase in the price of money up to 3%, a peak that would be reached in mid-2023. The decline would begin a year or a year and a half later.

"I am convinced that the fight against inflation will be successful, but the core CPI will take time to drop to 2%. I believe that to achieve this, rates will have to rise to 4% and stay at that level for a little longer than initially thought" , has explained.

In relation to the bank tax, CaixaBank is prone to appeal it in February, just after the first payment. "We have 600,000 shareholders. If we think that the final text is not in accordance with the law, our obligation is to appeal it," said the CEO.

CaixaBank completed the integration of Bankia a year and a half ago, which has made it the largest bank by assets in Spain. "We are extraordinarily satisfied, because we have achieved 890 million in cost savings. That represents more than 50% of Bankia's cost base", stated Gortázar.

"We have done it without abandoning any population in which we were the last remaining bank with branches," he explained. "Now we are focused on increasing the penetration of savings products among customers from Bankia", he added.

As a result of the merger, around 11,000 employees have had to change locations or functions.

‹ ›
Keywords:
EmpresasbancaCaixaBankMercados
Your comment has been forwarded to the administrator for approval.×
Warning! Will constitute a criminal offense, illegal, threatening, offensive, insulting and swearing, derogatory, defamatory, vulgar, pornographic, indecent, personality rights, damaging or similar nature in the nature of all kinds of financial content, legal, criminal and administrative responsibility for the content of the sender member / members are belong.
Related News