C1: the specter of the Europa League shakes Barça

Robert Lewandowski, second in the Ballon d'Or 2021 and third top scorer in the history of the Champions League, will he have to resign himself to playing in the Europa League in January? This will no doubt soon be a reality. 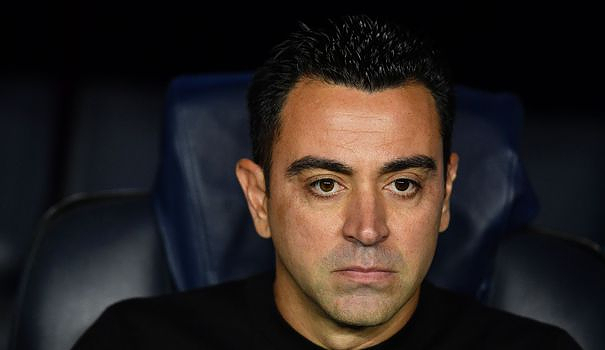 Robert Lewandowski, second in the Ballon d'Or 2021 and third top scorer in the history of the Champions League, will he have to resign himself to playing in the Europa League in January? This will no doubt soon be a reality.

After the 3-3 draw conceded Wednesday night against Inter Milan, it would take a miracle for Barça to avoid eviction from the group stage of the Champions League. An elimination as catastrophic as it is historic: Barça have not missed the knockout phase of the Champions League twice in a row since the 1998-1999 season, i.e. 24 years.

In two weeks, the Catalans will know their fate before the start of their duel against Bayern Munich at the Camp Nou: if on Wednesday October 26 at 6.45 p.m. Inter beat the not very formidable Viktoria Plzen at San Siro, Barça will start his match at 9:00 p.m. having already been mathematically eliminated from the Champions League.

Third place in the group, synonymous with the Europa League, seems almost certain, but it is scant consolation in view of the ambitions of Barça, who have spent lavishly to strengthen themselves in the off-season.

"On the brink of disaster", agreed the Madrid sports newspapers Marca and As on their respective front pages on Thursday. "Alive by miracle", positive on its front page the Catalan daily Sport, while its competitor Mundo Deportivo was more radical, by titling: "Virtual knockout".

"It's cruel", lamented Xavi in ​​a post-match press conference, saying to himself "angry, disappointed, sad, upset, and a little enraged". "Our mistakes killed us," summed up the Catalan coach.

"With the recruitment we made, we had to aspire to better," said captain Sergio Busquets after the match.

Last season, the elimination of the C1 had completed Barça, already sounded by the departure of its emblem Lionel Messi at Paris SG and weakened by multiple economic and institutional earthquakes.

Defeated (3-2, 1-1) in the quarter-finals of C3 by Eintracht Frankfurt, future winner of the competition, Barça had then tried everything to find the front of the European scene.

He activated several economic levers, signed a colossal new sponsorship contract with Spotify and mortgaged shares of his assets to spend 143 M EUR and attract seven players during the summer transfer window.

Sounding names, like Raphinha, Jules Koundé or Lewandowski, which will not be amortized right away.

Sunday, during the ordinary general assembly of Barça, the leaders presented a record provisional budget of 1.255 billion euros … assuming that their team would reach at least the stage of the quarter-finals of the Champions League.

That is, in total, a shortfall of at least EUR 20.2 million... which cannot be made up for even in the event of a victory in the Europa League (the entirety of their journey to victory would bring them EUR 14.4m).

Not to mention the shortfall in ticketing and derivative products, given that the oppositions in C3 are likely to arouse less interest than the large posters of C1.

This bitter failure can be explained sportingly: cascading injuries, a patched up and desperate defense, guilty executives, like Busquets or Gerard Pique …

"We made mistakes that we are not allowed to make at this level. It's a hard blow, but we have to try to recover quickly mentally, to go to the Bernabéu with confidence", suggested Eric Garcia at the final whistle.

Because the next deadline arrives on Sunday (4:15 p.m.) for the Blaugranas, with the first clasico of the season in La Liga. And Real Madrid readily imagines itself as the gravedigger of a Barça on the edge of the abyss.