C1: PSG-Juventus, revealing for Paris, the "MNM" and Galtier

With the end of the Mauricio Pochettino era, the establishment of an unprecedented sports management and a very active transfer window, Paris offered itself a serious facelift this summer but one thing has not changed: the Champions League remains the supreme objective of the Qatari owners despite repeated failures in the main event, if we put aside the 2020 final and the 2021 semi-final. 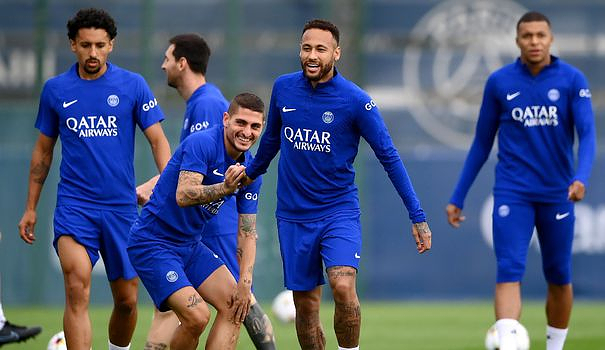 With the end of the Mauricio Pochettino era, the establishment of an unprecedented sports management and a very active transfer window, Paris offered itself a serious facelift this summer but one thing has not changed: the Champions League remains the supreme objective of the Qatari owners despite repeated failures in the main event, if we put aside the 2020 final and the 2021 semi-final.

The humiliation suffered in the round of 16 last March against Real Madrid and the disaster scenario experienced in the second leg (1-0, 1-3) led to radical changes at the head of the team with the induction of 'a doublet made up of Luis Campos (football adviser) and Christophe Galtier (coach).

But even if the Parisians are having an almost perfect start to the championship (5 wins and 1 draw in 6 matches, 24 goals scored), the roadmap that has been assigned to the two strong men of PSG is always the same, namely to shine in C1 and break what looks like a glass ceiling in Europe.

Expectations are therefore very high when it comes to conquering the most prestigious of continental competitions. The arrival of Juventus, the most formidable opponent on paper in Pool H, is certainly far from being decisive to grab one of the two qualifying places in the round of 16, which the Parisians have never missed since. 2013. But in terms of image, a bad result would be messy and spoil a smooth debut for the bosses of the sports sector.

Galtier is the one who will be the most scrutinized. The former technician from Lille and Nice must quickly get rid of the doubts that accompanied his appointment, especially those concerning his weak European experience.

If for the moment, he has managed to manage the stars of the locker room with oversized egos, a first for him, the Champions League remains an unknown. His only participation in 2019/2020 with Lille ended in a fiasco: 1 draw, 5 defeats in 6 games.

"I have no additional pressure, we want to play this competition, to show what we are capable of," he said on Monday, while refuting the label of favorite.

In his defense, his workforce in Lille had of course nothing to do with the one he has on hand in Paris. And that's good: the stars of the capital are in sparkling form.

Messi and Neymar, ghostly during the previous year, regained their wings as the 2022 World Cup approached (November 20-December 18) and Kylian Mbappé, erected as the head of the gondola of the project with its extension with great fanfare until 2025, remained on the same basis as last season (at the top of the Ligue 1 scorers' rankings with 7 goals, tied with Neymar).

Paris is counting on them to tame Turin's "Old Lady" and make people forget the painful memories of the past months.

"It's important for a club like PSG to beat big names in football like Juventus. We also have to start the European campaign well in front of our supporters. They expect a lot from us," Mbappé said on Monday.

The mission is well within the reach of the Paris attacking squad, Juve no longer being the dominating formation in Italy. Supplanted nationally by Inter Milan (champion in 2021) and AC Milan (champion in 2022), the Bianconeri, double winners of the event (1985, 1996), are only the shadow of their illustrious predecessors and have won just two of their five Serie A matches this season.

Deprived of Paul Pogba, Federico Chiesa, Wojciech Szczesny and Angel Di Maria, Juventus is particularly diminished, Danilo, although in the group, being him uncertain.

But Paris will especially have to be wary of the formidable Serbian Dusan Vlahovic. Especially since the Parisian defense is not always a guarantee of safety, with veteran Sergio Ramos (36), a much less sovereign captain Marquinhos since the nightmarish evening experienced in Madrid in C1 and a Gianluigi Donnarumma still traumatized in goal by his blunder in front of Karim Benzema.

For Paris, it is high time to chase away the bad vibes of the past and start afresh.