C1: OM in Lisbon for hope or fear

After the clear 4-1 success obtained at the Vélodrome, OM could have tackled this crucial second leg against Sporting full of confidence and sure of their strength. 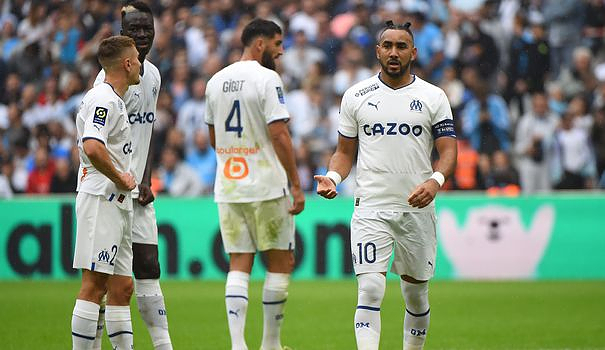 After the clear 4-1 success obtained at the Vélodrome, OM could have tackled this crucial second leg against Sporting full of confidence and sure of their strength.

But, inexplicably, the team of Igor Tudor suddenly went off the road on Saturday in the league with its first defeat of the season in L1, conceded at home against Ajaccio (2-1), red lantern at kick-off.

"I find it difficult to explain this defeat. In fact, we only played 15 minutes," admitted the Croatian technician after the game.

So, simple unwelcome accident or real admission of weakness on the part of a team faced with a grueling schedule and which has won only two of its last five games in all competitions?

Saturday's huge underperformance is in any case a reminder that OM depended heavily on certain elements, such as Mattéo Guendouzi and Jonathan Clauss, poorly replaced at the Vélodrome and who could be back on Wednesday.

It also showed that certain supposed leaders, such as Dimitri Payet or Gerson, were still far from the mark, that Tudor did not really have a plan B, neither in the system nor in the choice of men, and that the offensive potential of the he team behind handyman Alexis Sanchez was not very impressive.

However, Tudor immediately invited his people to "move on", supported by Payet. "Some defeats are good, it sets the record straight," said the Marseille N.10, before turning to Lisbon.

"We gave ourselves the chance to be able to bounce back in this group," he recalled. Indeed, in the very homogeneous group D, the only success of last Tuesday was enough for the Provençals to get back into the race for qualification after two initial defeats against Tottenham and Frankfurt.

The Marseillais are certainly still last, but only three lengths behind Sporting, leader, and one point behind the English and the Germans, who face each other on Wednesday in London.

Hope has therefore returned but OM know that it would not be reasonable to draw too many lessons from an irrational first leg played behind closed doors, which did not say much about the value of the two teams.

"We played more than an hour at 11 against 10. The return match will be different, outside, with their audience. It will be very difficult", had also warned Tudor from the final whistle.

In Marseille, the Spanish goalkeeper of Sporting Antonio Adan had written a good part of the history of the match by offering the goal of equalization to OM, then by being still very involved on the second, before completing his performance at upside down by an expulsion even before half an hour of play.

He will of course be absent on Wednesday at the José Alvalade stadium, but his replacement, Franco Israel, did not look stunning at the Vélodrome either. Ruben Amorim will however recover his central defender and captain Sebastian Coates, absent in the first leg.

In addition to the expected returns of Guendouzi and Clauss, Marseille will rely on the experience of Sanchez, Eric Bailly and Chancel Mbemba and on the cutting edge of Amine Harit and Cengiz Under. Their mission is to leave Lisbon with at least one point, before looking to Paris, Neymar, Mbappé, Messi and Sunday's classic. 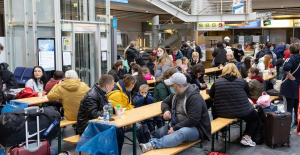