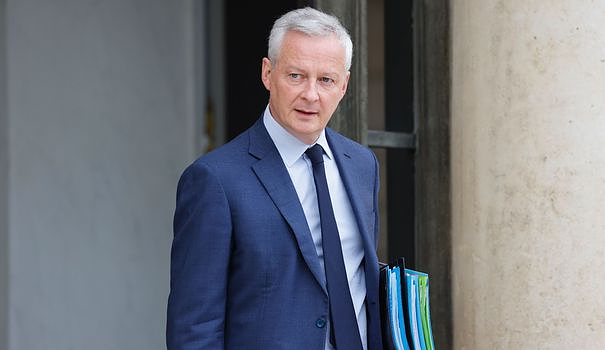 "In 2023, there will be a reduction of four billion in production taxes," he assured. The CVAE currently yields around double that.

Bruno Le Maire nevertheless wanted to reassure business leaders about the commitment made.

"This two-step trajectory will be included in the 2023 budget so that all companies, in particular the industries to which I attach vital importance, have the assurance that this production tax will indeed be abolished in 2024", he said. added.

The possibility of spreading the abolition of the CVAE over two years had been raised by the newspaper Les Echos on Thursday. The Ministry of Public Accounts did not wish to comment on this information at the time, without however denying it.

The prospect of this spread caused the Medef to react strongly. “We would not understand that the CVAE is a budgetary adjustment variable at a time when companies are also suffering from inflation, the intensification of international competition and must also invest in decarbonization,” said Les Echos on Monday. the number two of the employers' organization, Patrick Martin.

The abolition of the CVAE in 2023 was announced in early July by Prime Minister Elisabeth Borne in her general policy speech.

Bruno Le Maire has also once again taken up the defense of the research tax credit (CIR), a tax relief often criticized for being diverted from its objective of financing research by companies, judging that it "makes the attractiveness of our country" and "helps to improve innovation and investment in innovation".