Burma: eight dead, 18 injured in explosions outside a Yangon prison

According to a statement from the ruling junta's information service, the bombs targeted people queuing to drop off packages for friends or relatives held at Insein prison. 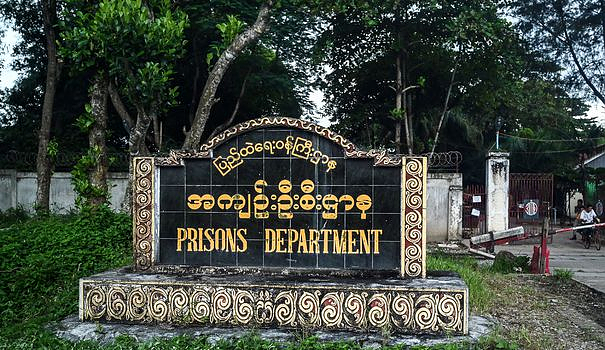 According to a statement from the ruling junta's information service, the bombs targeted people queuing to drop off packages for friends or relatives held at Insein prison.

The junta accused "terrorists" of being behind the explosions and said three prison employees and a 10-year-old girl were among the dead victims.

Security forces defused another "artisanal mine" found in the area, she said.

A woman who was waiting in line, not far from the counter where parcels are dropped off, told AFP that the first explosion took place at 9:30 a.m. local time (0300 GMT).

"Then two other explosions followed quickly. After that we also heard gunshots," said the person, who requested anonymity.

"I saw people bleeding. The glass around the counter was shattered into a thousand pieces," she said.

According to another witness, the security forces blocked the access leading to the prison which dates from the colonial period.

Images relayed by local media show traces of blood on the ground around a counter with shattered windows behind.

No group claimed responsibility for the attack.

A spokesman for the junta did not respond to requests from AFP for comment.

Burma has been in the throes of a violent civil conflict since the civilian government of Aung San Suu Kyi, detained in the capital Naypyidaw, was overthrown.

Civilian militias have taken up arms to fight the ruling army, surprised by their effectiveness, according to several analysts.

Across the Southeast Asian country, killings of local junta officials or people accused of being its informants are reported almost every day. The army often carries out reprisals in stride.

Most of the violence takes place in rural areas, but anti-regime groups have also targeted representatives of power and infrastructure in cities. In July, an explosion near a shopping center in Yangon killed two people and injured eleven others.

Since the putsch, more than 2,300 people have been killed by security forces and more than 15,000 arrested, according to a local NGO.

The latest assessment of civilian casualties attributed to the rebels by the junta amounts to nearly 3,900 dead.