The court also sentenced his former adviser, the Australian economist Sean Turnell, as well as three other defendants, to the same sentence, according to the same source. 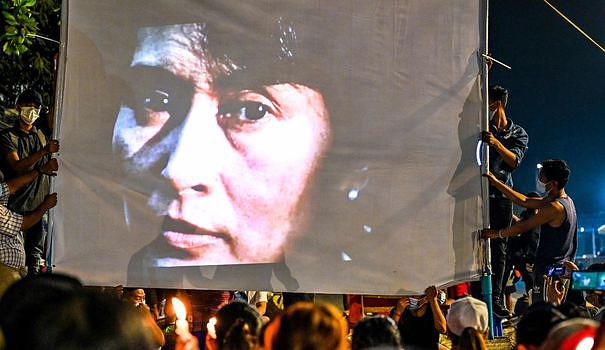 The court also sentenced his former adviser, the Australian economist Sean Turnell, as well as three other defendants, to the same sentence, according to the same source.

"Sean Turnell, Daw Aung San Suu Kyi and the other three were sentenced to three years in prison each under the State Secrets Act," the source told AFP on condition of anonymity, adding that Suu Kyi would appeal her verdict.

The former head of the civilian government, overthrown by the military in February 2021, is the subject of a river trial denounced as political by the international community.

This new conviction comes on top of the 20 years in prison already pronounced against her for various reasons, including electoral fraud and corruption.

She faces a total of more than 120 years in prison.

Arrested at the time of the putsch, which ended a decade of democratic transition in Burma, Aung San Suu Kyi was placed in solitary confinement in a prison in Naypyidaw at the end of June.

It is in this prison establishment in the Burmese capital that his trial continues, which began more than a year ago, behind closed doors, his lawyers being prohibited from speaking to the press and international organizations.

Mr Turnell, an Australian economics professor, was working as an adviser to Aung San Suu Kyi when he was arrested days after the military coup.

The source added that a separate charge against him under immigration law is pending.

His arrest has sparked outrage among Australian diplomats, who have pressured countries neighboring Burma to help with the case.

The putsch plunged the country into chaos. More than 2,200 civilians have been killed by security forces and more than 15,000 arrested, according to a local NGO.