Burkina: West African delegation expected after a change of power

Monday morning, the streets of the capital Ouagadougou had regained their calm after sometimes violent demonstrations partly provoked by the refusal of the leader of the junta, Lieutenant-Colonel Paul-Henri Sandaogo Damiba, to accept his dismissal announced Friday by a young 34-year-old captain, Ibrahim Traoré. 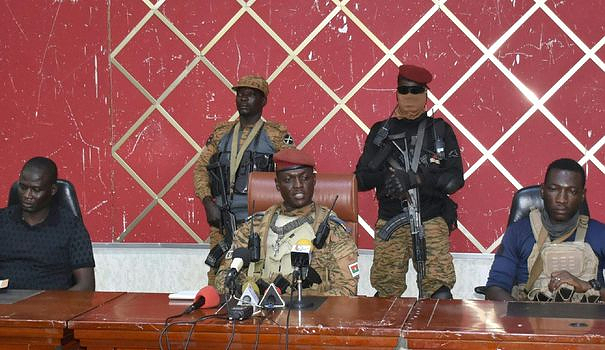 Monday morning, the streets of the capital Ouagadougou had regained their calm after sometimes violent demonstrations partly provoked by the refusal of the leader of the junta, Lieutenant-Colonel Paul-Henri Sandaogo Damiba, to accept his dismissal announced Friday by a young 34-year-old captain, Ibrahim Traoré.

Following mediation by religious and community leaders, who are very influential in Burkina Faso, Colonel Damiba, who came to power in a putsch on January 24, finally agreed to resign, which helped to lower tensions. The deposed junta leader took refuge in Lomé.

In exchange for his resignation, he asked that his own safety, that of his collaborators and the soldiers who supported him, be guaranteed.

These requests were accepted by Captain Traoré who also promised to respect the commitments made by his predecessor to the Economic Community of West African States (ECOWAS) on the organization of elections and a return of civilians to power by July 2024.

This return to constitutional order could even take place “before this date” if security conditions allow it, Captain Traoré said on RFI radio on Monday, adding that he did not intend to stay in power forever.

“Why continue?”, he said, the essential being according to him “the fight” against the jihadists whose attacks have multiplied since the January coup, as well as “the development” of Burkina.

He assured that he would only expedite "current affairs" until the designation of a new civilian or military transitional president by "National Assizes" bringing together political, social and civil society forces, which will have to meet "well before the end of the year", according to him.

A position which, if held, should satisfy ECOWAS, whose delegation will be led by the Bissau-Guinean Minister of Foreign Affairs, Suzi Carla Barbosa, whose country holds the presidency of the organization, and will notably include the former president Nigerian Mahamadou Issoufou, mediator for Burkina Faso.

On the subject of France, whose embassy and French institute in Ouagadougou, as well as that of the country's second city Bobo Dioulasso, were attacked on Saturday and Sunday by pro-Traoré demonstrators, the captain assured that Paris "is a partner like the others". He condemned the "acts of violence and vandalism" against French representations, calling for "calm and restraint".

"I note that Mr. Traoré, in recent hours, has made statements asking not to attack French interests," said Catherine Colonna, French Minister of Foreign Affairs, on RFI on Monday. "They are welcome, they must be respected and attempts to break into our embassy must stop," she added.

Pro-Traoré demonstrators notably set fire to protective barriers around the embassy on Sunday, tore up barbed wire to try to get in and threw stones and other projectiles at the walls. French soldiers providing protection responded from within with tear gas to disperse them.

In addition to these acts, the demonstrators who demanded the departure of Colonel Damiba accused of having been protected by France, also waved Russian flags, demanding a strengthening of military cooperation with Moscow.

The Kremlin hoped on Monday that "the situation in Burkina Faso normalizes as soon as possible, that order is completely assured in the country and that we return as quickly as possible within the framework of legitimacy".

Lieutenant-Colonel Damiba came to power on January 24 in a coup that overthrew President Roch Marc Christian Kaboré, accused of ineffectiveness in the fight against jihadist violence.

The new head of the junta in turn wants to stem "the continuing deterioration of the security situation".

Since 2015, regular attacks by armed movements affiliated with Al-Qaeda and the Islamic State (IS) group have killed thousands and displaced some two million people. 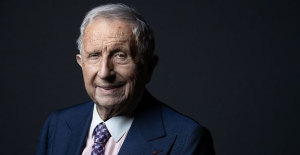 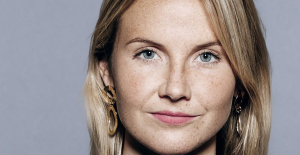