Budget: the Senate blocks the taxation of superprofits

The senators rejected an amendment from the left by 181 votes against 97 and another presented by the centrists on a tighter result of 181 votes against 152 during the examination in first reading of the finance bill for 2023. 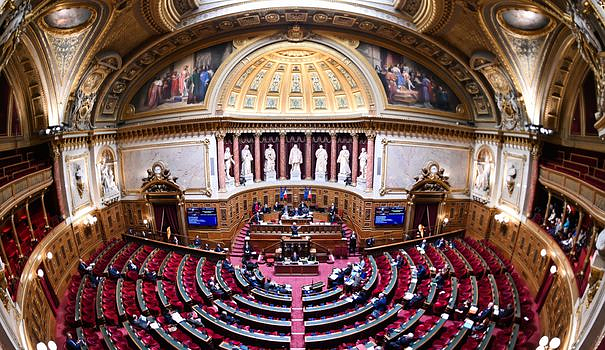 The senators rejected an amendment from the left by 181 votes against 97 and another presented by the centrists on a tighter result of 181 votes against 152 during the examination in first reading of the finance bill for 2023.

The left has revived the debate on this controversial subject in the Senate, after the decision of the Constitutional Council which buried its hopes of obtaining a referendum on the taxation of "superprofits".

During the debate, the communist senator Eric Bocquet denounced a government which “refuses to seek superprofits”.

"Refusing this exceptional contribution is a bad message sent to the French," said, for his part, the senator of the centrist group Bernard Delcros.

In his response, the Minister for Public Accounts Gabriel Attal justified his rejection, assuring that this measure "would also overtax companies which have had nothing to do with the current situation" of soaring energy prices.

The Senate had already rejected this summer the idea of ​​a tax on the “superprofits” or “exceptional profits” of large groups, after another combined offensive by the left and the centrists.

The presidential majority, after cracks appeared within it on the question, seems to have come over to the position of the government, for which the solution has been found: it is the agreement concluded on September 30 between the Member States of the European Union.

The European Commission then indicated that it wanted to claim a "temporary solidarity contribution" from producers and distributors of gas, coal and oil who are making massive profits thanks to the surge in prices following the war in Ukraine.

It must be set at 33% of the share of the superprofits of 2022, i.e. profits more than 20% higher than the average for the years 2019-21, while taking into account the measures taken by the States taxing already these benefits.

France transposes this European agreement into its 2023 budget which, according to Mr. Attal, should bring “11 billion euros” to the State.

The Commission took care not to use the word "tax" because any new tax provision at European level would have required the unanimity of the Twenty-Seven, a more complicated and risky procedure than adoption by qualified majority.