Budget: Borne prepares the ground for an imminent 49.3 in the face of the "blocking" of opposition

"To find a compromise, it takes two: the group presidents (of opposition) said from the start that they would not vote for the finance bill. 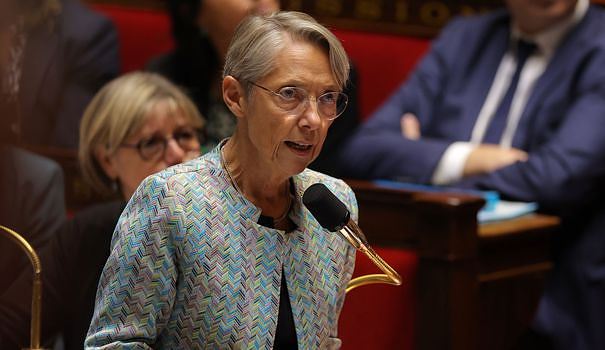 "To find a compromise, it takes two: the group presidents (of opposition) said from the start that they would not vote for the finance bill. The blockage does not come from us", launched the Prime Minister to Renaissance MPs on Tuesday morning, according to reports.

The National Assembly, where the macronists are deprived of an absolute majority, has been debating year after year for a week on the 2023 state budget and defeats have followed for the government.

The use of Article 49 paragraph 3 of the Constitution, to have the text adopted without a vote except for a motion of censure, was authorized last Wednesday in the Council of Ministers. It will be triggered "probably" on Wednesday, the last day of the planned examination of the revenue part, said government spokesman Olivier Véran.

The session dragged on Monday evening on the proposal of the left and the RN to restore the old version of the solidarity tax on wealth, finally rejected.

A major subject remains to come, the taxation of "superprofits", but the opposition points to "delaying maneuvers" from the presidential camp so as not to have to discuss it.

"I know that this text can be thankless in its examination: thank you for having held the line and for having united", launched Ms. Borne at the Renaissance group, where the nerves are on edge.

"But there were also interesting proposals which we will take into account in the final text", on which she will engage her responsibility, chained the head of government who brought together the majority executives again on Monday to select the amendments to be retained. The oppositions, excluding RN and LFI, were contacted at the same time.

Bruno Le Maire put all his weight in the balance on Monday at Matignon, according to a participant: if the control of public spending was not respected, "then it will be without me", warned the Minister of the Economy.

Reinforced tax credit for childcare, reduced taxes for the smallest businesses, taxation of fuel for private jets: the government has said yes to measures put forward including by the opposition, at this stage a hundred in total, for an estimated cost of between 700 and 800 million euros, according to a parliamentary source.

But it's nothing to the MoDem amendment to tax the "superdividends" of large companies, yet approved by the Assembly last week. "There will be no bonus for the solitary breakaway" in the majority, reframed Ms. Borne on Tuesday.

The president of the MoDem deputies, Jean-Paul Mattei, does not budge however: "We intend to bring our stone to the debate".

The oppositions are also standing against the fact of going back on the votes acquired. "We can't ignore it, it's a real democratic subject", exclaimed the communist Nicolas Sansu.

“Are you going to respect the National Assembly without brutalizing it?” asked the rebellious Eric Coquerel, chairman of the Finance Committee, during the session of questions to the government.

Some plead for extending the debates beyond Wednesday, the parliamentarians not being able to come to the end within this period of the 2,000 amendments which remain to be examined.

The Prime Minister has in mind the criticisms to come. In line with the "new method" of seeking compromise, "we must give the debate a chance, especially since the French do not like 49.3 very much", she admitted on Tuesday.

But "we cannot say that 49.3 is a passage in force" because, just after, "a motion of censure gives rise to a debate and a vote, it is a real democratic moment", tried to demine the tenant of Matignon.

She will face motions from the left Nupes and the RN which have little chance of being adopted.

For Aurore Bergé, the president of the Renaissance deputies, the case is heard: "We have demonstrated the debate. We must go faster on the next texts".