This tool of the fundamental law allows the Prime Minister to engage the responsibility of the government before the National Assembly to have a text of law adopted, without a vote. 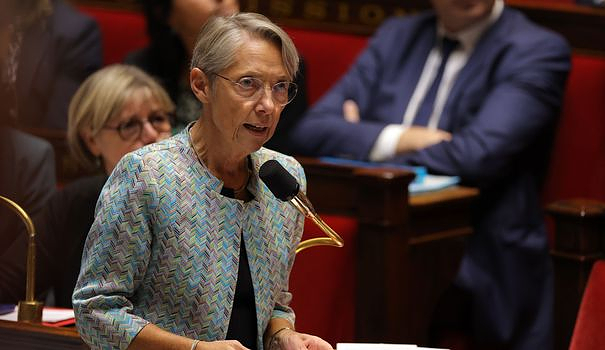 This tool of the fundamental law allows the Prime Minister to engage the responsibility of the government before the National Assembly to have a text of law adopted, without a vote.

On Wednesday morning, the Council of Ministers authorized the government to activate the article "if the situation should require that we have recourse to it", indicated the spokesman of the government, Olivier Véran.

Its use on the budget could sign "a return to its original philosophy", so that the executive can remedy the absence of an absolute majority in its favor, according to a Macronist official.

It is that Article 49 paragraph 3 has "gradually turned into a multifunctional weapon, given to Prime Ministers who abused the facilities it offered them", noted the specialist Guy Carcassonne in his book "The Constitution".

It was thus able to be used in the event of "impatience of the majority" to shorten the debates, as during its last use by Édouard Philippe, to have the pension reform project adopted which skated before the Assembly in February 2020, with more than 40,000 amendments under discussion.

For the budget, the procedure will require at least three days, with the announced filing of motions of censure by the Nupes and RN oppositions.

From the announcement of 49.3 by Élisabeth Borne at the rostrum of the Assembly, probably at the end of the week or the beginning of next week, the revenue part of the bill will be considered adopted at first reading, without a vote, unless a motion of censure, tabled within 24 hours, is adopted.

The motions will be debated at the earliest 48 hours after their tabling and, if they were to be approved by an absolute majority of the deputies, the government would have to resign.

The hypothesis is unlikely, the pivotal LR group not having planned to approve them, refusing to "associate with people who speculate on the collapse of the country", according to its boss Olivier Marleix.

Another issue will be the text submitted to 49.3: the government can indeed add amendments to its initial bill "already debated or not, already voted on or not", explains a budget actor, according to whom it is "a little a la carte".

Thus, proposals from the oppositions as well as from the majority could be retained. "There will be a big negotiation" of some with the government, he predicts.

Article 49.3 can only be used on a budget bill and only one other type of text during the parliamentary session. But the Prime Minister can use it at each of the successive readings of the text chosen before the Assembly.

It cannot be brandished before the Senate, which does not have the power to overthrow the government. The upper house, dominated by the right, will in this case be able to adopt or reject the draft budget, which will come back to the National Assembly for a new reading and then for a final reading.

Under the Fifth Republic, only one motion of censure was adopted, in 1962, against the government of Georges Pompidou. General de Gaulle then dissolved the Assembly and the ensuing legislative elections ended in a major victory for his supporters.

49.3 often constitutes for a government an admission of its inability to pass crucial texts. A minority in the Assembly, Michel Rocard (1988-1991) had often used it.

Manuel Valls used it three times in 2015 to pass the growth law of his Minister of the Economy Emmanuel Macron... then very reluctant.

Then in 2016, he used it again three times to have Myriam El Khomri's Labor Law adopted, which had prompted 56 majority deputies to try in vain to table an unprecedented motion of censure.