"France is close to the euro," said Economy Minister Bruno le Maire on Monday, September 26, presenting the draft budget for 2023 to journalists. 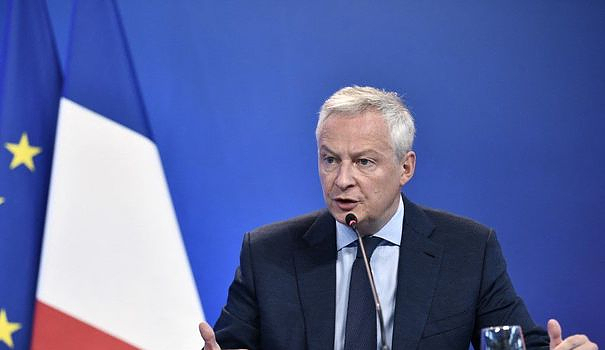 "France is close to the euro," said Economy Minister Bruno le Maire on Monday, September 26, presenting the draft budget for 2023 to journalists. "I want to draw a red line," he warned. A message for deputies and senators, who will have to debate the text, and which is explained by the increase in the debt, which should approach 60 billion euros for next year. The government unveiled three fundamental texts in the Council of Ministers: the 2023 finance bill (PLF), the social security financing bill (PLFSS) and the bill on "accelerating renewable energies" .

On the climate side, the tenant of Bercy wanted to justify the arbitrations of the executive: "The 2023 budget "still leans a little too much on the side of fossil fuels" because the government has chosen to "protect" the French in the face of the energy crisis.

The government will create 5,900 accommodation places dedicated to refugees and asylum seekers in various reception and emergency accommodation centres, with a 6% increase in the “immigration, asylum and integration” envelope. The appropriations for this mission increase by 113 million euros compared to 2022 to reach 2.01 billion euros and must in particular allow the opening of 2,500 places in reception centers for asylum seekers, according to the documents. budgets of Bercy. This represents a strong acceleration compared to 2022, when 900 additional accommodation places were created.

In addition, the finance bill (PLF) "consolidates the dynamics engaged" in the fight against illegal immigration, with "the continuation of an ambitious plan to open up places in administrative detention centers (CRA) ", where illegal immigrants are detained pending deportation. The government will also devote ten million euros to "the outsourcing of certain tasks in CRA, thus making it possible to free up positions currently occupied by police officers to redeploy them on sovereign missions", according to the Bercy document.

The government also plans to create 10,764 additional civil servant positions for the State and its operators in 2023, against only 294 planned for 2022, according to the draft budget presented on Monday. The Minister of the Interior and Overseas, Gérald Darmanin, won 3,109 posts, that of Justice 2,313 posts. National Education, it obtains 2000 additional, details the document.

An envelope of 935 million euros is provided for in the 2023 budget to finance an "unprecedented" increase in teachers' salaries, with a "base of 10% on average" and increases to pay for additional tasks. In total, the long-term full-year cost of these teacher upgrades "will exceed 2 billion euros", according to this text. Consultations around remuneration must begin from October 3 with the social partners.

The government has pledged that no teacher will earn less than 2,000 euros net per month. An envelope of 1.7 billion euros is also allocated to finance the increase in the index point on July 1, 2022 for all ministry staff. In total, school education credits are up by 3.7 billion euros. The National Education budget reaches 60.2 billion euros.

France will cease at the end of 2022 to grant export guarantees for new fossil fuel exploitation projects, according to the text of the finance bill for 2023, thus confirming a commitment made at COP26 in Glasgow.

"The PLF23 will plan to cease as of January 1, 2023 to grant export guarantees for the entire value chain of the sector of all fossil fuels: from exploration-production upstream, to refining downstream, through transport and storage", according to the text of which AFP has read. France had announced in October 2020 the end of this aid for oil projects in 2025 and gas projects in 2035. It had then suffered numerous criticisms from environmental NGOs, the latter deeming this disengagement too slow and warning against a accelerating climate change.

Despite the uncertainties linked to the war in Ukraine and the economic difficulties of France's trading partners, the Ministry of Finance forecasts positive growth in 2023, up to 1%. The government's estimate is higher than that of the Banque de France, which expects 0.8% growth next year in the best case scenario and more likely 0.5%, or even that of the OECD, which expects 0.6%. The Minister of the Economy Bruno Le Maire also stressed that the 1% objective is an "ambition" rather than a "certainty".

The government is counting on a slowdown in inflation to 4.3% in 2023, against 5.4% in 2022, two estimates revised by 0.1 point upwards compared to mid-September. In the immediate future, by the end of 2022, it should remain "at a high level" around 6%, warned Bruno Le Maire on Monday, who wants to make the fight against rising prices the "immediate priority" from France and European countries.

The increase in gas and electricity prices for individuals will be capped at 15% at the beginning of 2023. This "tariff shield", less protective than in 2022, must come into force on January 1 for gas and a month later for electricity.

The state will spend 45 billion euros to finance it. Once the contribution made by renewable energy producers has been deducted, the real cost for the State will be 16 billion euros.