It is a film with twists of which we know the end from the beginning of the credits. 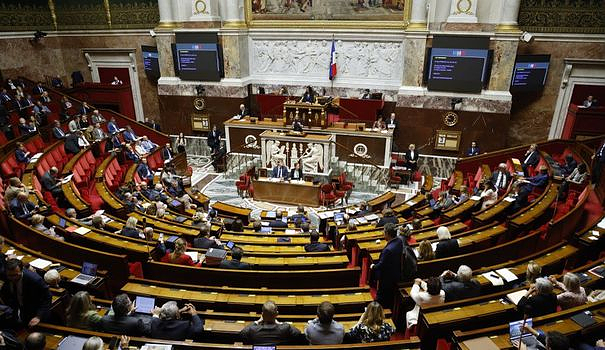 It is a film with twists of which we know the end from the beginning of the credits. While the debates in the National Assembly on the examination of the Finance Bill for 2023 began this week, the card of article 49.3 is in everyone's head. The executive makes no secret of it. Just before the opening of the session at the Palais Bourbon, the Council of Ministers authorized the government to operate the precious sesame. It will only be used if the "situation should require it to be used" said government spokesman Olivier Véran. In view of the content of the discussions in the Finance Committee at the end of last week and in the hemicycle on Monday and Tuesday during the examination of the budget programming law for 2022-2027, the suspense is largely exhausted. The only question that remains is: when will it be used? Before or after the big demonstration against the high cost of living scheduled for October 16?

In the meantime, the war of amendments has begun. During the preparatory work in the Commission, 1400 amendments were tabled and 25 were voted against the opinion of the presidential majority. "These 25 amendments result in additional spending of 7 billion euros for 2023. This is 7 billion too many with regard to the situation of public finances" deplores Jean-René Cazeneuve (Renaissance group), the general rapporteur for the Budget in the National Assembly. For the debate in the Hemicycle, no less than 3,500 amendments were tabled, largely by deputies from the left and right oppositions. That's 1,500 more than last year. By way of comparison, during the examination of the text of the law on universal pension reform in February 2020, 4000 amendments had been tabled, prompting the Prime Minister at the time Edouard Philippe to take the podium on a Saturday morning using the famous weapon of 49.3 to have the text adopted.

The war of amendments is often used to slow down substantive debates and drown them in heaps of hyper-technical details. While the discussions should theoretically last 70 hours, it would thus be necessary to review 50 amendments per hour to study all the articles. “Impossible, it is not responsible”, thunders Jean-René Cazeneuve.

If a number of proposals relate to the reduction of VAT on basic necessities, the creation of a new ISF, a new income tax bracket for the very wealthy or a tax on the superprofits of all large corporations, a myriad of small, sometimes totally crazy, tax tricks are presented. This year, on the list of tax measures, those concerning animals. Carried by seven deputies from the group "Freedoms, Independents, Overseas and Territories" a tax credit for animal care has been deposited. In the sequence of the reasons, we can read: "For the time being, and unlike other jobs at home, pet-sitter benefits are not subject to a reduction or a tax credit. However, , a tax credit would allow them to develop their activity by being more accessible, and thereby generate employment.While the summer will still see tens of thousands of animals abandoned along the roads, the integration of pet-sitters into home-based jobs qualifying for a tax credit is self-evident".

On another register, 16 LR deputies carried an amendment on the tax credit for the castration of cats. The Nupes, she proposed to increase the VAT on zoos. Three Corsican deputies, Michel Castellani, Jean-Félix Acquaviva and Paul-André Colombani, defended the implementation of a VAT reduced to 2.1% in Corsica only and on an experimental basis to support local producers of essential oils. penalized by foreign competition. Finally, on the ecology front, LR deputies have touted the benefits of new tax loopholes on water collectors or composters... Problem: in none of these proposed amendments, the budgetary cost has been seriously esteemed...