Here is a reminder of the profile of the nine defendants expected at trial. 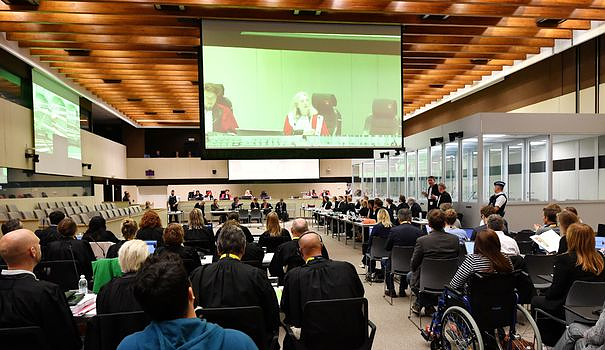 Here is a reminder of the profile of the nine defendants expected at trial. A tenth, Osama Atar, leader of this jihadist cell, will be tried in his absence because he is presumed dead in Syria. A total of six of these 10 defendants were already concerned by the river trial of the attacks of November 13, 2015 in France, in Paris and Saint-Denis.

- Abdeslam and Abrini, friends from Molenbeek -

Salah Abdeslam and Mohamed Abrini, childhood friends in the Brussels municipality of Molenbeek, are the main accused.

The first is the only living member of the November 13, 2015 commandos. At the Paris trial completed in June 2022, he was sentenced (like Osama Atar) to life imprisonment, the heaviest sentence in the French penal code. After these attacks, he returned to Brussels where he took part in the clandestine daily life of the other members of the cell who planned to strike again.

The Frenchman (33) was arrested on March 18, 2016 in Molenbeek. For investigators, his arrest precipitated the suicide attacks which targeted the airport and the Brussels metro on March 22.

Mohamed Abrini, already involved in the Parisian file (he accompanied the "convoy of death" on the eve of November 13), is "the man in the hat" of the attacks in Brussels-Zaventem, where he also gave up to explode. A CCTV image from the airport showed him, bob on his head, pushing a cart stuffed with explosives which he would abandon before fleeing.

In Paris, this 37-year-old Belgian-Moroccan was sentenced at the end of June to life imprisonment with a 22-year security sentence.

- Two "seasoned fighters" of the cell -

Tunisian Sofien Ayari and Swede Osama Krayem were also tried for the Paris attacks, each receiving 30 years in prison with a two-thirds security period.

Ayari (29) and Krayem (30), accomplices in Abdeslam's escape, are considered to be important links in the cell led from Syria by Atar.

At the trial of November 13, the Parisian magistrates considered that they were to carry out an attack that day at Amsterdam airport but that an "unforeseen event prevented the accomplishment of the mission".

In Brussels, on the morning of March 22, 2016, Osama Krayem accompanied Khalid El Bakraoui in the metro, who was going to blow himself up shortly after in a train at Maelbeek station. Krayem turned back, returning to get rid of his explosives in a hideout in the Brussels municipality of Etterbeek.

Among the defendants already sentenced at the Paris trial (to a 10-year prison sentence in his case) is also Ali El Haddad Asufi. This 38-year-old Belgian-Moroccan was considered to be a logistical support for the cell.

In Brussels, he is suspected of having supplied weapons to the two assailants who died at the airport: Ibrahim El Bakraoui, to whom he was close, and Najim Laachraoui. His DNA was also found on a cup thrown in the rue Max Roos, at the foot of the apartment from which they left on the morning of the attacks. He would have frequented them until the day before.

As facilitator, driver or host, Bilal El Makhoukhi (33), Hervé Bayingana Muhirwa (37) and Smaïl Farisi (38) are also suspected of having provided significant logistical assistance to the perpetrators of the Brussels attacks.

Bilal El Makhoukhi, former member of the Sharia4Belgium group, who went to a war zone, and Hervé Bayingana Muhirwa, a Belgian-Rwandan convert to Islam, are friends of Najim Laachraoui. The investigation showed that both knew the apartment in rue Max Roos in Schaerbeek well.

Ibrahim Farisi (34), brother of Smaïl, also had this role of "support" according to the investigators. But only by helping Smaïl, tenant of the place, to empty and clean on March 23 the apartment of Etterbeek from where left the day before towards the metro Khalid El Bakraoui and Osama Krayem.

The youngest of the Farisi is not tried for "assassination", but for "participation in the activities of a terrorist group", and risks at the assizes up to 10 years in prison. All others face life imprisonment.