Very well known in the United States, Bruno Latour, also a sociologist and philosopher of science, was an unclassifiable intellectual, rooted in his time, concerned with field research and observation. 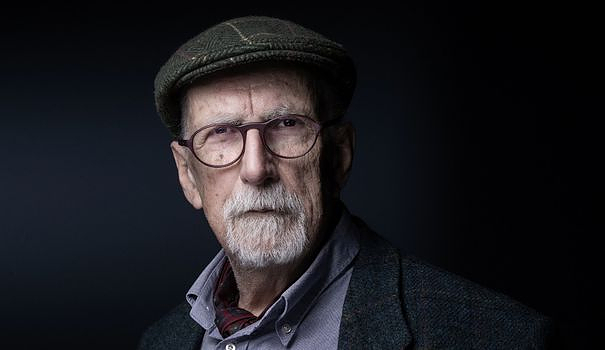 Very well known in the United States, Bruno Latour, also a sociologist and philosopher of science, was an unclassifiable intellectual, rooted in his time, concerned with field research and observation.

He was considered "creative, humorous and unpredictable", according to the jury of the Norwegian Holberg Prize for Social Sciences which he received in 2013.

This pillar of Sciences-Po, author of several essays published in English before being published in France, has long been interested in questions of management and organization of research and, more generally, in the way in which society produces values ​​and truths.

He is the author (alone or in collaboration) of works such as "The Law Factory. An ethnography of the Council of State", "Laboratory Life", "We have never been modern", "The Microbes. War and Peace" (on Louis Pasteur) and the last "Where am I?" written in the midst of the Covid crisis.

For him, the crises of climate change and the pandemic have brutally revealed a struggle between “geo-social classes”. "Capitalism has dug its own grave. Now it's about making amends," he told AFP in 2021.

He summarized his work for the general public in "Small lessons in the sociology of science" and "Cogitamus: six letters on the scientific humanities" and widened his audience with a book like "Where to land? How to find your way in politics?" (2017).

In this essay, he defends the hypothesis according to which "we have not understood anything about political positions for fifty years, if we do not give a central place to the question of the climate and its denial".

"It is as if a large part of the ruling classes had come to the conclusion that there would no longer be enough room on Earth for them and for the rest of its inhabitants. This would explain the explosion of inequalities, the extent of deregulation, criticism of globalization, and, above all, the panicked desire to return to the old protections of the national state", according to him.

Bruno Latour, influenced by the philosopher who died in 2019, Michel Serres, had analyzed the movement of "yellow vests" which he described as "internal migrants left by their country".

He was one of the designers of the theory, new in sociology, of the "actor-network" which takes into account, beyond humans, objects (or "non-humans") and discourses, the latter being also considered as "actors".

Born June 22, 1947 in Beaune (Côte d'Or) into a family of Burgundy wine merchants, Bruno Latour passed an aggregation in philosophy and then trained in anthropology in Côte d'Ivoire.

He then taught in engineering schools, the École des Mines (where he was responsible for the "Description of scientific controversies" course) or the Center for the sociology of innovation.

From 2006 to 2017, he was a professor at Sciences-Po Paris, where he directed research activities for a long time. He helped to create, within the school, the innovative master's SPEAP (Sciences-Po Program for experimentation in arts and politics).

Author of two plays, Bruno Latour has also taught abroad, notably in Germany and the United States, where he was a guest professor at Harvard.

He enjoys a strong reputation in the English-speaking academic world, the New York Times having gone so far as to qualify him in 2018 as "the most famous philosopher in France".