The British have not really warmed up to the heir to the throne, Prince Charles, in recent decades. 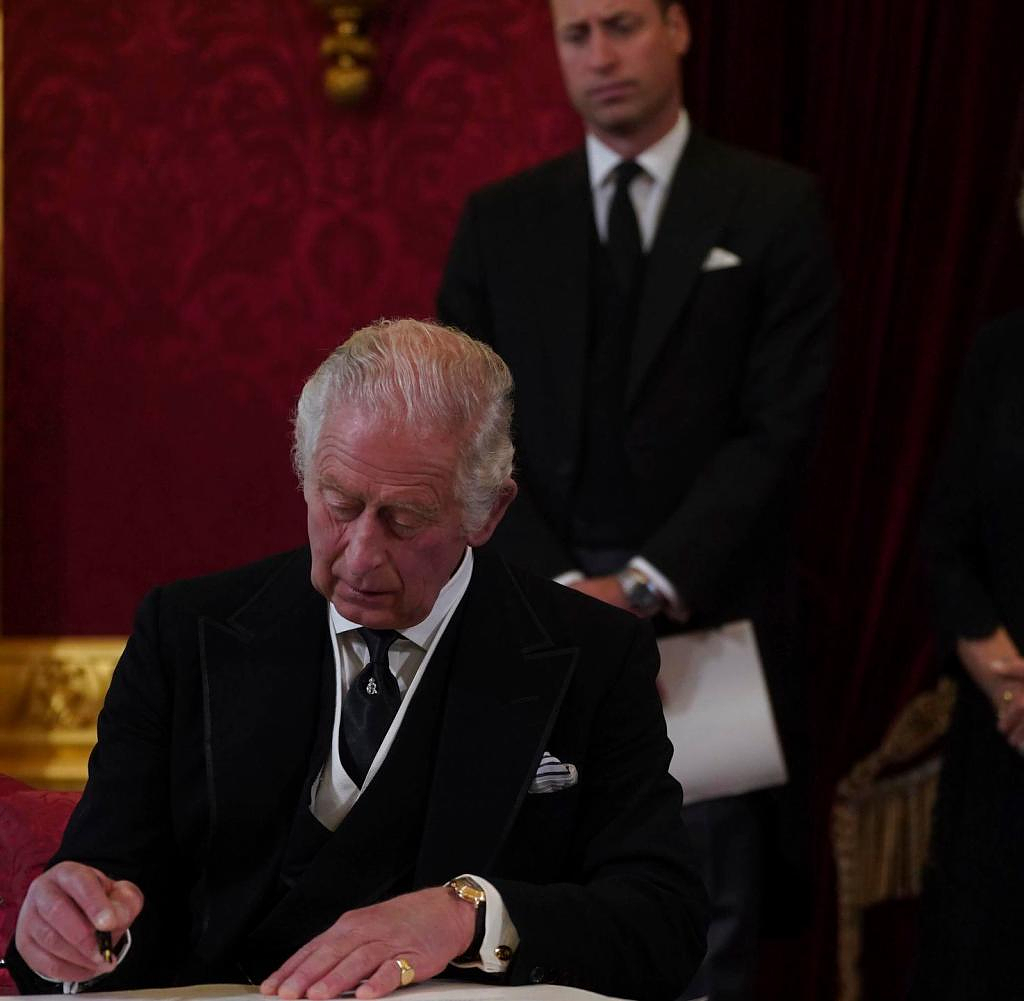 The British have not really warmed up to the heir to the throne, Prince Charles, in recent decades. The 73-year-old was first considered odd, then cold-hearted. In particular, the divorce from and death of his first wife, Princess Diana, gave the Prince of Wales bad press for years.

That was long ago. The palace's PR departments have done a good job and significantly improved the image of the prince and his second wife, Duchess Camilla. And since the death of his mother, Queen Elizabeth II, the newly elected new British king has been riding a wave of sympathy anyway. The first steps of Charles III. were greeted with benevolence, even praise, by most Britons.

Until, yes, until the former Prince of Wales made a faux pas. For the first time, the complex ceremony of the official proclamation was broadcast live. You could also see how the 73-year-old was supposed to sign various documents in St. James' Palace - but before that he ruled over the palace employees.

Video clips on Twitter document the incident, in which Charles gestured imperiously at bystanders to remove stray inkwells and a box of pens from his desk.

The reactions on the Internet are clear: some users doubt the monarch's ability to lead when he treats his subordinates so arrogantly. "Imagine having to respect someone who treats other people like this," wrote one user.

BBC presenter Laura Kuenssberg also commented with biting irony, putting the following words in Charles' mouth: "The servant has to clear my desk for me. I can't be expected to put things away."

The Reuters news agency also broadcast the wiping scene in a video clip. However, it shows a longer section of the situation, so that the monarch's instructions appear much less authoritative. Ultimately, the assessment of the situation is left to the viewer himself.

Charles' penchant for eccentricity and possibly exaggerated luxury has been a topic in the press time and again over the past few decades. How much truth there is in the reports was and is unclear.

The fact that the long-time heir to the throne has an employee who squeezes toothpaste out of the tube was repeatedly rumored, but never officially confirmed. One of his biographers denied the claim that Charles only ever traveled with his own toilet seat.

The proclamation, which was broadcast live on television for the first time, was attended not only by the monarch but also by Camilla, Charles' son and heir apparent to the throne.

Before taking an oath, Charles said in a brief address that he was "deeply aware of the obligations and grave responsibilities" as the sovereign of the United Kingdom.

‹ ›
Keywords:
NewsteamKönig Charles III.GroßbritannienKarriereTwitterCharles IIIProklamation
Your comment has been forwarded to the administrator for approval.×
Warning! Will constitute a criminal offense, illegal, threatening, offensive, insulting and swearing, derogatory, defamatory, vulgar, pornographic, indecent, personality rights, damaging or similar nature in the nature of all kinds of financial content, legal, criminal and administrative responsibility for the content of the sender member / members are belong.
Related News