Brazilian democracy at a turning point with the Lula-Bolsonaro duel

More than 156 million Brazilians are called to go to the polls in this country of continental dimensions. 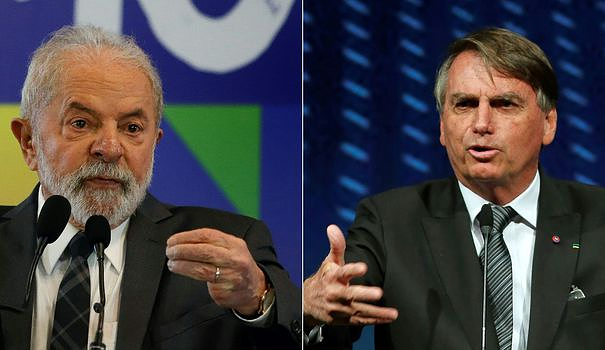 More than 156 million Brazilians are called to go to the polls in this country of continental dimensions.

Former president Luiz Inacio Lula da Silva (2003-2010), a former steelworker with an extraordinary destiny, is seeking a third term at the age of 76, for an unexpected comeback four years after his controversial imprisonment on suspicion of corruption.

He intends to ride the wave of the "useful vote", after a call from many personalities to join him on Sunday, in order to avoid an uncertain second round on October 30.

The celebrities have chosen their side: many singing stars, such as Anitta or Caetano Veloso, are on Lula's side, but football superstar Neymar showed his support for Bolsonaro on Thursday.

The far-right president, 67, has seen his popularity weighed down by the Covid-19 crisis and the economic and social problems of a country where more than 30 million people suffer from hunger.

But he remains convinced that he will be re-elected, despite his significant delay in the polls.

The former paratrooper even insinuated last week that it would be "abnormal" if he did not win with 60% of the vote on Sunday, once again raising the threat that he would contest the results of the electronic ballot boxes, citing " fraud".

However, he was once again largely outdistanced by Lula in the latest poll by the Datafolha institute, published Thursday evening.

The former trade unionist is credited with 48% of the voting intentions, against only 34% for Bolsonaro.

“What is at stake is democracy against fascism,” the left-wing tribune said hoarsely at a meeting last month.

The far-right president, for his part, has constantly evoked a "fight of good against evil" in his speeches full of biblical references.

His tenure has been marked by much turbulence and controversy, with record deforestation in the Amazon, resignations of ministers and repeated attacks on institutions and journalists.

Supported by evangelicals and by the powerful agribusiness lobby, this former army captain enthusiastically praises the military dictatorship (1964-1985) and has appointed dozens of officers to important posts in his administration.

The final televised debate on Thursday night was full of acrimony, with the two candidates calling each other a "liar" and "corrupt".

"It's democracy that's at stake at the ballot box," Michael Shifter, a political analyst at the Inter American Dialogue think tank, told AFP, calling Bolsonaro "the most undemocratic president since military rule."

According to him, the risk of violence in the event of a dispute over the results of the ballot boxes is real: "it is quite likely" that disturbances similar to the invasion of the Capitol in January 2021 in Washington will taint the ballot if the outgoing president shouts at fraud.

On Tuesday, White House spokeswoman Karine Jean-Pierre said the United States would "closely follow" Brazil's election, hoping it would be conducted in a free, fair, transparent and credible.

Permits to possess a firearm have increased almost sixfold under Bolsonaro, thanks to controversial presidential decrees and recently challenged by the Supreme Court.

The head of state will vote in the morning in Rio de Janeiro, his electoral stronghold, then return to the capital Brasilia to follow the results, according to his campaign.

Lula must vote in Sao Bernardo do Campo, an industrial city near Sao Paulo where he was a turner-miller, before becoming a union leader in the 1970s.

Brazilians will also elect their governors, a third of the senators, federal deputies and those who will sit in the legislative assemblies of each of the country's 27 states.