Brazil: Weight rallies for Lula and Bolsonaro before the second round

The big maneuvers began two days after the first round which saw Luiz Inacio Lula da Silva, icon of the left, win 48. 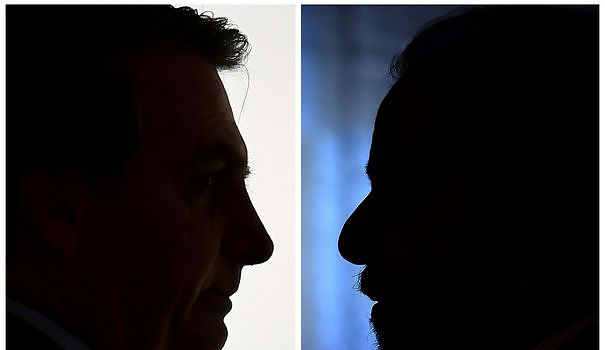 The big maneuvers began two days after the first round which saw Luiz Inacio Lula da Silva, icon of the left, win 48.4% of the vote, ahead of Bolsonaro, whose score was better than expected, with 43.2%.

Just over six million votes separate them – out of 156 million voters – and intense negotiations and haggling were carried out by the staffs of the two candidates to rally support, sometimes at the cost of a large gap. ideological.

Lula obtained the rallying on Tuesday, but half-heartedly, of the center-left candidate who came 4th in the 1st round, Ciro Gomes (3%), whose Democratic Labor Party (PDT) had just announced its rallying to the former -president for two terms (2003-2010).

"We have just had a meeting of the leadership of the Democratic Labor Party and I am making this video to say that I support" this decision, said Ciro Gomes on social networks, in the wake of the PDT's support for Lula.

"Given the circumstances, this is the only solution," added this former minister of the Lula government, without however mentioning the name of the former left-wing president, with whom he has very acrimonious relations.

"Both options (Lula or Bolsonaro) are unsatisfactory," he said.

The Bolsonarist clan has the support of former anti-corruption judge Sergio Moro, elected senator from the state of Parana (south) with 1.9 million votes in the legislative elections organized on Sunday at the same time as the presidential election.

Sergio Moro, "faller" of Lula, whom he sent 18 months in prison in 2018-2019 in a case of bribes around the Petrobras group, expressed on Twitter a frank support for the outgoing head of state .

"Opposed to the project of the PT (the Workers' Party of Lula), I declare, for the second round, to support Bolsonaro", announced Moro, who keeps in the country the image of herald of the fight against corruption, even if the Supreme Court eventually found him biased against Lula.

The ex-judge had been a big grab for Bolsonaro's government in early 2019. But he walked out in April 2020, accusing the president of interfering in police investigations into cases involving his family.

"All of this is overcome. From now on, we have a new relationship (...) and more accounts to settle", assured Jair Bolsonaro from Brasilia.

The president also obtained the support of the governors of the very populated southeastern states of Minas Gerais, Romeu Zema, and Rio Janeiro, Claudio Castro.

With that of Rodrigo Garcia, the current governor of Sao Paulo (who was not re-elected on Sunday), announced on Twitter, the three largest electoral colleges in Brazil are rallying to Bolsonaro.

"We know a lot of things separate us and some things don't," said Zema, flanked by the president. "But Brazil must move forward and I believe much more in President Bolsonaro's proposals."

For political analyst Thomas Traumann, "Bolsonaro is making his second round campaign an open door operation".

"Instead of asking if he deserves a second term (...), he asks (the voters) if the PT deserves to return to power" and "puts the PT years on trial", he wrote. in Veja magazine. The Party confounded by Lula governed Brazil from 2003 to 2016.

Finally, the candidate who arrived 3rd on Sunday, Senator Simone Tebet (4% of the vote) was very courted but has not yet spoken, even if she seems to be clearly leaning towards Lula.

"My decision has already been made," she announced on the evening of the first round on Sunday, while specifying that she should consult her party, the MDB, before making any official announcement. This centrist formation is marked by deep divisions and includes a powerful Bolsonarist wing.