Brazil: Lula or Bolsonaro, who really has the worst record on the Amazon?

Asking which of Bolsonaro or Lula has the worst record on the Amazon seems a priori a joke. 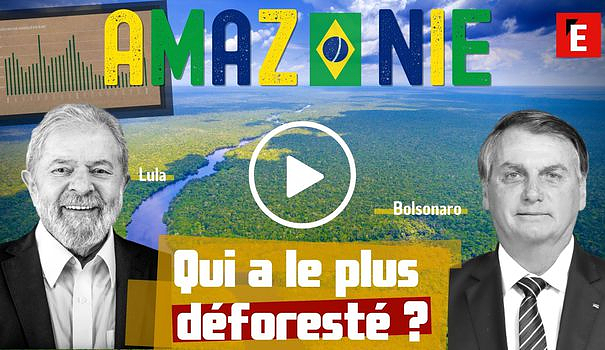 Asking which of Bolsonaro or Lula has the worst record on the Amazon seems a priori a joke. The image of the outgoing president is that of a man who cuts as he breathes. In recent days, records for the number of fires have been broken again, and the largest rainforest on the planet seems more vulnerable than ever. The Brazilian branch of Greenpeace also considers the past mandate as "one of the darkest periods for our environment".

But what about its rival? Inducted as president on January 1, 2003, Lula led Brazil for eight years. The opportunity for us to take a look at the number of square kilometers destroyed in the Amazon, and to compare the actions of one and the other. Figures that are surprising to say the least, at first sight, and which should be put into context.

To decipher them, we met François-Michel Le Tourneau, geographer at the CNRS and specialist in this region of the world, to which he devoted a book in 2019.