Brazil: Lula back in power after narrow victory over Bolsonaro 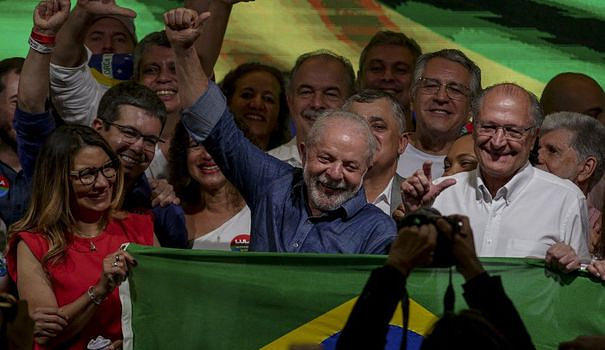 Historic comeback for Lula. The 77-year-old former metalworker will begin his third term as head of Brazil on January 1, 12 years after leaving power on record popularity (87%) and after a long period in prison.

Cheered by an impressive red tide of hundreds of thousands of supporters massed on Avenida Paulista in Sao Paulo, Lula advocated "peace and unity" after his election by a short head to the presidency of Brazil on Sunday. Luiz Inacio Lula da Silva won 50.9% of the vote in the second round, against 49.1% for far-right President Jair Bolsonaro, who had still not appeared. The gap, of less than two percentage points, is the tightest between two presidential finalists since the return to democracy after the military dictatorship (1964-1985).

"In any country in the world, the defeated candidate would have already called me to recognize his defeat. He still hasn't called me, I don't know if he will call and if he will recognize" his defeat , Lula continued, addressing his supporters. "I wish I was just happy, but I'm half happy, half worried," he insisted. The silence of the outgoing head of state was disturbing, including on social networks, where he is usually very active. It is the first time that a Brazilian president has failed in his bid for re-election.

"From January 1, I will govern for the 215 million Brazilian men and women, not just those who voted for me," recalled the man on the left.

Lula was quickly praised by several foreign leaders. US President Joe Biden hailed his "free and fair" election and his French counterpart Emmanuel Macron said his victory "opens a new page in the history of Brazil". "Our country is too big to be relegated to the sad role of pariah", declared the president-elect in his victory speech, assuring that Brazil was "back" on the international scene. Lula also touched on the hot topic of the Amazon, where deforestation and fires have risen sharply under Jair Bolsonaro.

"Brazil is ready to play a leading role again in the fight against climate change. Brazil and the planet need a living Amazon," he said. "The nightmare is finally over. Lula must act firmly and quickly on the environment," reacted the NGO collective Observatoire du Climat.

The Bolsonarists were particularly bitter. But several important allies of Jair Bolsonaro have admitted defeat, such as former anti-corruption judge Sergio Moro. "Democracy is like this. I will be in the opposition in 2023," tweeted the man who had sent Lula to prison. Twelve governors of Brazilian states were also elected on Sunday, including the close friend of the far-right outgoing president, Tarcisio de Freitas in the state of Sao Paulo, the most populous and richest in Brazil.