Brazil: joy and apprehension after the "historic" election of trans MPs

"It is now possible to say: elected black trans!" rejoiced on Twitter Erika Hilton, 29, one of the two transgender deputies elected Sunday in the legislative elections organized in parallel with the presidential election. 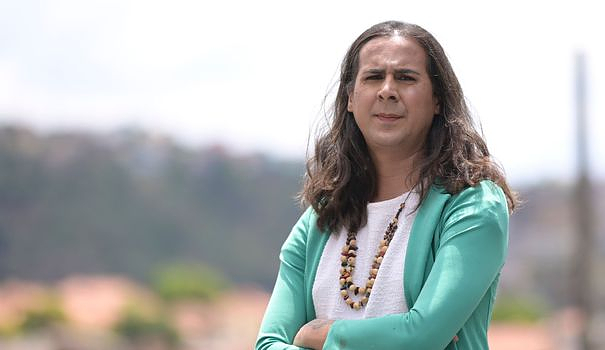 "It is now possible to say: elected black trans!" rejoiced on Twitter Erika Hilton, 29, one of the two transgender deputies elected Sunday in the legislative elections organized in parallel with the presidential election.

But the score of far-right head of state Jair Bolsonaro, who regularly targets the LGBT community, disturbed the celebrations: he obtained 43% of the vote, much more than expected by the polls.

Another sign of the strengthening of Bolsonarism: in the new Parliament where elected trans women will sit, the deputies of Bolsonaro's political family, the Liberal Party, will be 99, or 23 more than currently.

"I am apprehensive" in the face of these results, admits to AFP Erika Hilton, who will represent the state of Sao Paulo in the Federal Parliament in Brasilia, even if she says she is "very happy and full of hope after his "historic" election.

Elected city councilor in the metropolis of Sao Paulo in 2020, Erika Hilton will now take her fight to the Chamber of Deputies and will fight "to eradicate hunger and misery in our country and guarantee the rights of the LGBTQIA community".

But his increased exposure due to his new mandate is not without risks.

“The Bolsonarists encourage the violence that trans people have experienced in politics but also outside it,” Ligia Fabris, professor and coordinator of the diversity program at the Getulio Vargas Foundation School of Law, told AFP.

This entrenchment of Bolsonarism is therefore "worrying" for "the physical and psychological integrity" of elected officials, believes this specialist.

For Keila Simpson, president of the National Association of Transvestites and Transsexuals (Antra), Bolsonaro's allies are "people who cannot live with diversity".

Many of these elected officials, often evangelical and ultra-conservative, have positions of "religious fundamentalism", believes Ms Simpson, who considers it "obvious" that new trans parliamentarians "will suffer" in this context.

Duda Salabert, the other trans woman to have been elected to the Federal Parliament, went to vote on Sunday in Belo Horizonte in the state of Minas Gerais (southeast) with a bulletproof vest, as the police had recommended to her.

She says she has received "five death threats in the last 30 days, by email or letter". “A website has even been created exclusively to describe the ways in which they want to kill me,” added this 41-year-old woman on Twitter at the end of September.

Brazil was the most dangerous country in the world for trans people in 2021, according to the Trans Murder Monitoring project, which recorded 92 deaths last year.

Despite this worrying context, the new elected officials are still delighted with their victory.

"Despite (...) death threats from the far right, we won the elections!" welcomed Duda Salabert on social networks on Sunday evening.

According to the 'VoteLGBT' association, 18 LGBT people were elected on Sunday, all elections - municipal and national - combined.

Antra for its part noted a 44% increase in applications from transgender people in 2022 compared to 2018.

Beyond the two federal deputies, Linda Brasil became the first trans deputy of the state of Sergipe (northeast), Dani Balbi was elected to the Parliament of the State of Rio de Janeiro, and Carolina Iara to that of Sao Paolo.

Brazil is making progress in terms of including trans people in society, according to Ligia Fabris, who recalls that the Supreme Court decided in 2018 to allow trans people to change gender for civil status without going through surgery or before a judge.

But the researcher notes the paradox between the breakthrough of LGBT candidates on the one hand, and the entrenchment of a hostile bolsonarism on the other.

"It's the clash of two antagonistic forces," she analyzes.

"The Bolsonarists' project is not only to return to the situation before the recognition of trans people, but it is an even more ultra-conservative social project," she says.

The new elected in Brasilia Erika Hilton does not give up. She expects from Brazil the creation of a "new progressive pole, with new ideas and proposals that aim to structurally change our country".

"We will have work, but today we are already in better conditions than yesterday," she said.