A child has been rescued from the rubble two days after the earthquake in Indonesia. 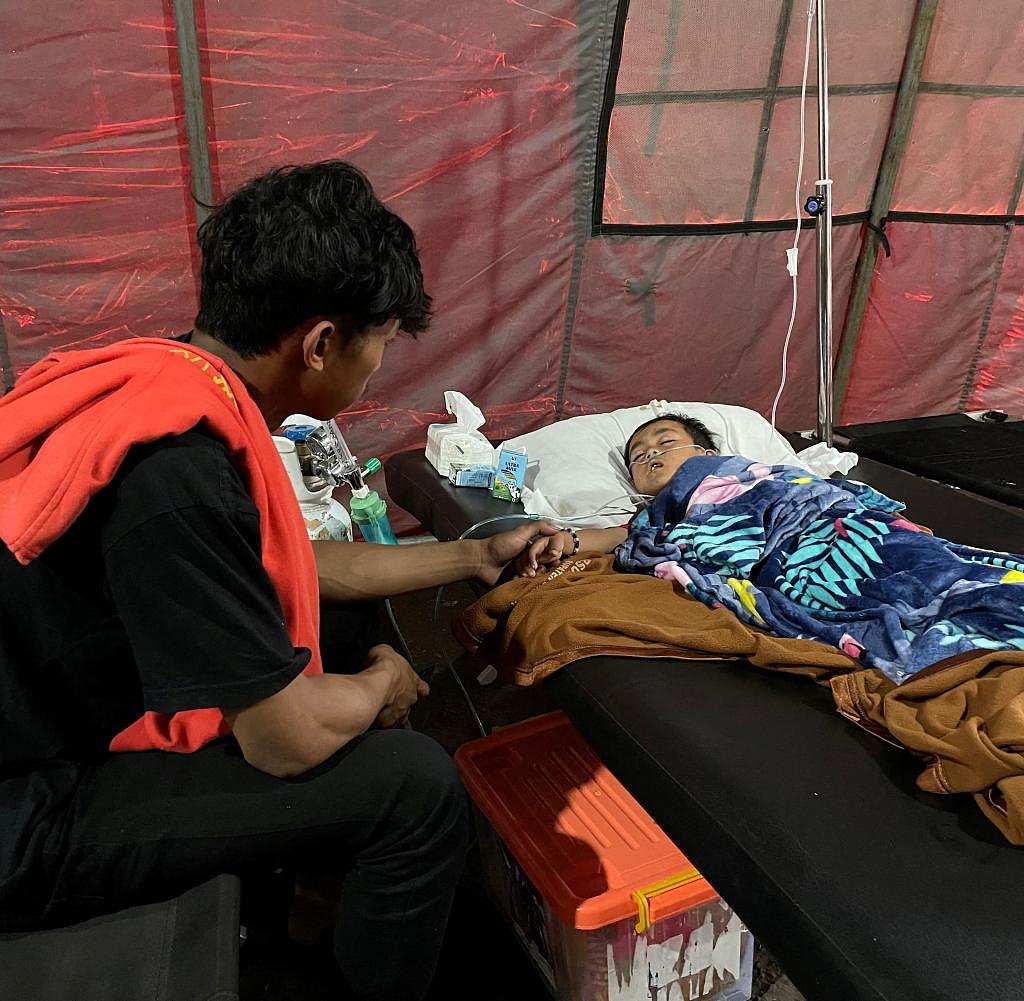 A child has been rescued from the rubble two days after the earthquake in Indonesia. Rescue workers freed young Azka from a destroyed house in the city of Cianjur on Wednesday evening, video footage showed. "When we found out that Azka was alive, everyone broke down in tears, including me," rescue worker Jeksen Kolibu reported on Thursday. "It was very moving, it felt like a miracle."

After his rescue, Azka got something to drink first. A soldier offered him a drink while another helper stroked his head. The child is said to be five or six years old, the information differs.

Akza's mother had died in the earthquake. Her body was found just hours before he was rescued, Kolibu told AFP. Akza's grandmother is also dead. According to the information, the boy endured next to her corpse.

The 5.6 magnitude earthquake caused destruction on Monday, especially in Cianjur. At least 271 people were killed by collapsing buildings, but also by landslides. Akza's rescue gave rescuers renewed hope of finding more survivors in the rubble.

‹ ›
Keywords:
NewsteamErdbebenIndonesien
Your comment has been forwarded to the administrator for approval.×
Warning! Will constitute a criminal offense, illegal, threatening, offensive, insulting and swearing, derogatory, defamatory, vulgar, pornographic, indecent, personality rights, damaging or similar nature in the nature of all kinds of financial content, legal, criminal and administrative responsibility for the content of the sender member / members are belong.
Related News