Bosnia at the polls in the midst of an existential crisis

Between the secessionist threats of the Orthodox Serbs, the criticisms of the Catholic Croats who no longer want to cohabit with the Bosnian Muslims and the dreams of a "citizen state" of a large part of the latter, the points of convergence are rare. 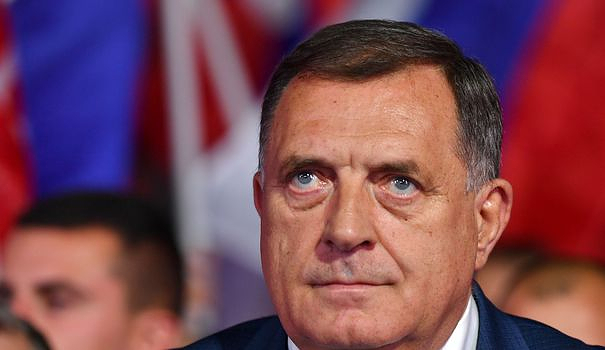 Between the secessionist threats of the Orthodox Serbs, the criticisms of the Catholic Croats who no longer want to cohabit with the Bosnian Muslims and the dreams of a "citizen state" of a large part of the latter, the points of convergence are rare.

The small, poor Balkan country is governed according to a dysfunctional administrative millefeuille inherited from the 1995 Dayton Accords that ended the war in which 100,000 people were killed.

"Bosnia and Herzegovina is experiencing the most serious political crisis since the signing of the peace agreement," said political analyst Ranko Mavrak, based in Sarajevo.

"The ethnic divisions are so deep that they really represent a danger for its survival and its integrity," he told AFP. None of the parties is "interested in a fully integrated state" where "none of them could stay in power".

Bosnia is divided between a Serbian entity, the Republika Srpska (RS) and a Croat-Muslim federation, linked by a weak central power that is often paralyzed.

In the three communities, the political leaders engage in nationalist one-upmanship to stay in power while all the inhabitants who can choose exile in the face of the absence of both political and economic prospects.

Nearly 500,000 people have left the country since the last census in 2013, when it had 3.5 million inhabitants, according to estimates by the Union for a Sustainable Return, a local NGO.

Unemployment affects around 30% of the active population, inflation was close to 17% in August, according to official figures.

"It's a magnificent, rich country and we could move forward even with a minimum of agreement. The greatest danger is nationalism and the divisions fanned by each camp", regrets Salko Hasanefendic, 70, a man of Sarajevo affairs.

"If we raise our children today in such a nationalist context, we can only expect to have new nationalists in 40 years," he laments to AFP.

Voters on Sunday choose the three members of Bosnia's collegiate presidency, the deputies of the central parliament and those of the two entities as well as, with regard to the RS, its presidency.

There are no independent polls but according to analysts, Milorad Dodik, the leader of the Bosnian Serbs, should, unless surprised, win the presidency of Republika Srpska after having multiplied secessionist threats in recent months.

Rajko, a retiree who prefers to keep his name quiet, attended one of the meetings of this big fan of Russian President Vladimir Putin. "I don't feel any hatred, but this situation is like two brothers who don't love each other. It's better that they don't live together," he told AFP, echoing the Serbian leader's favorite theme.

In front of activists waving the flags of the RS as of neighboring Serbia, Milorad Dodik calls on them to "consider Republika Srpska as a state". "Bosnia and Herzegovina is not the place where we want to stay for long."

In the Bosnian community, the main party, the nationalist SDA, adds inflammatory rhetoric.

Its leader Bakir Izetbegovic advises "Dodik and those like him" to "go to another country that they find more beautiful", a thinly veiled reference to Serbia.

The son of the first president of independent Bosnia, Alija Izetbegovic, is seeking the Muslim chair of the collegiate presidency but is playing a more difficult game than before against a candidate supported by eleven opposition parties.

Denis Becirovic, a 46-year-old history teacher, campaigns for a "pro-European and united" Bosnia.

For their part, the Croats, who have threatened for months to boycott the election, are unhappy to have to share a federation with the Bosnians. All Croatian parties are calling for their own entity or at least a modification of the electoral rules.

These allow the Bosnians, who are a large majority demographically within the common entity, to de facto elect the Croatian member to the collegial presidency.

The outgoing Croatian co-president, Zeljko Komsic, standard bearer of a "citizen" state considered "illegitimate" by a large part of his community, will face Borjana Kristo. Candidate of the main Croatian formation, the nationalist HDZ, she deplores that the country is "divided unfairly".

“We have no sign of stabilization of the political situation in Bosnia,” notes analyst Ranko Mavrak. "There is no sign of the possibility of a compromise."