The French Prime Minister and the German Chancellor want to give "new impetus" to the tandem, the engine of European construction, like Emmanuel Macron and Mr. 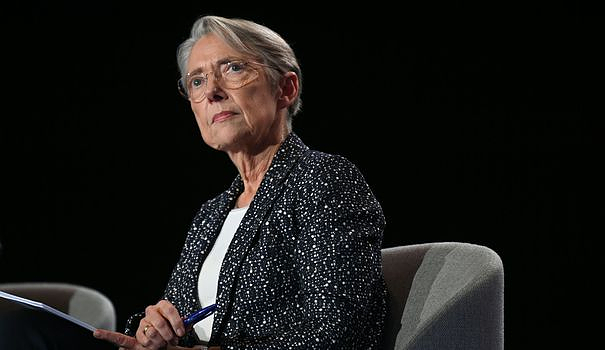 The French Prime Minister and the German Chancellor want to give "new impetus" to the tandem, the engine of European construction, like Emmanuel Macron and Mr. Scholz on October 26 in Paris.

Elisabeth Borne will also meet Robert Habeck, vice-chancellor in charge of the Economy and the climate, received on Tuesday in Paris in a rather unprecedented way by the French president, who also spoke with the German Minister of Foreign Affairs Annalena Baerbock.

With the Russian offensive in Ukraine and the energy crisis it generated, "we need Europe more than ever", underlines the entourage of the Prime Minister.

“We can see how essential Europe has been in dealing with certain crises. And being able to make Europe work necessarily requires a very good Franco-German relationship,” according to the same source.

“Together we are stronger” in particular “to face the climate transition and to ensure that between China and the United States, there is a third power which is called Europe”, affirmed Thursday the French Economy Minister Bruno Le Maire, receiving German Finance Minister Christian Lindner.

"I share with Emmanuel Macron the objective of a geopolitical Europe, with the capacity to act much more", declared for his part Olaf Scholz Wednesday before the Bundestag.

To make people forget the energy disputes, Paris and Berlin could show increased solidarity in terms of reciprocal supplies of gas and electricity.

France has already been delivering gas to Germany since mid-October which, in turn, could bring forward to November (instead of January) the increase in its electricity exchange capacities, which will allow France to receive more.

Due to the shutdown of many nuclear reactors, this is the first time in 42 years that France is a net importer of electricity. For Germany too, the turning point is historic because the country usually imported its gas from Russia.

However, the two countries remain divided on the idea of ​​capping gas prices. And Germany's aid plan of 200 billion euros for individuals and businesses in the face of soaring prices makes its neighbors fear a distortion of competition.

Mr. Le Maire and his German counterpart Robert Habeck wished in this regard on Tuesday to maintain "fair competition" between the two countries.

They also showed a desire to "accelerate" European industrial projects in the face of the massive investment plan of the United States (Inflation Reduction Act, IRA), which is also likely to distort competition and on which Ms. Borne and Mr. Scholz discuss a common European response.

Revealed in broad daylight by a postponement of the Franco-German Council of Ministers, these tensions have however brought certain projects out of the impasse, such as the political agreement reached between the manufacturers Dassault and Airbus on the European combat aircraft project (SCAF ), even if no signing of contracts is expected on Friday.

In the space field, while each country seeks to develop its own mini-launchers, France, Germany and Italy agreed on Tuesday to allow these small rockets to be sent on behalf of the Space Agency. European.

But the anti-missile shield project promoted by Berlin, competing with that of Paris and Rome, will be addressed "in another format of discussions".

No date should either be formalized for the next Franco-German Council of Ministers, pending the big reunion on January 22, the 60th anniversary of the Franco-German Treaty.

Communication could go all the better with Ms. Borne as she is the "most German" minister of the French government because of her "seriousness", her "refusal of the effects of the sleeve" and her "discretion", believes Alexandre Robinet- Borgomano, from the Institut Montaigne.

Hans Stark, adviser to the French Institute of International Relations (Ifri), thinks that this visit aims above all to "establish a way of working" and to avoid appearing divided in the face of Russia.